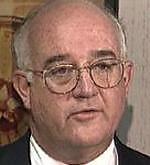 Winton Blount III was a Chairman of the Business Council of Alabama (BCA). He ran for Governor in the Republican gubernatorial primary of 1998 against incumbent Governor Fob James (R) in a hard fought campaign. Governor James (who had already served two non-consecutive terms as both a Democrat and a Republican) won the closely contested ALGOP Primary, but lost the General Election to then Lieutenant Governor Don Seigelman (D).

Close friend Perry O. Hooper Jr. said on Facebook, “My long time family friend, Winton Blount, III died in his sleep last night. Winton ran for Governor in 1994, unfortunately he lost in a heated Primary. In my opinion, he would have been an excellent Governor.”

Following the 1998 campaign, Blount was elected the Chairman of the Alabama Republican Party and worked hard to build up the Alabama GOP so the Party never lost another gubernatorial campaign (it hasn’t).

Hooper said, “Winton has always had great vision for Alabama and our Nation. Winton went on to become the Chairman of the Republican Party. He was an outstanding Chairman. Winton loved life, he loved the world of Business, he loved politics and he loved his Family and Friends. My Thoughts and Prayers go out to his Wife, Riley and all the Blount Family. GOD BLESS YOU my FRIEND!”

Blount’s father Winton “Red” Blount Jr. was a tremendously successful businessman and one of the earliest prominent modern Republicans in Alabama serving as the Alabama Chairman of Citizens for Eisenhower in 1952 and as Richard Nixon’s Southeast Strategy Chairman in 1960. In 1968 Blount Jr. was Chairman of the Alabama Chamber of Commerce. The elder Blount later served as U.S. Postmaster during the Nixon Administration from 1969 to 1972. In 1972 the elder Blount challenged incumbent Senator John Sparkman (D). The Blount family are responsible for the Blount Cultural Park in Montgomery, which is home to the Montgomery Museum of Fine Arts and the Alabama Shakespeare Festival.