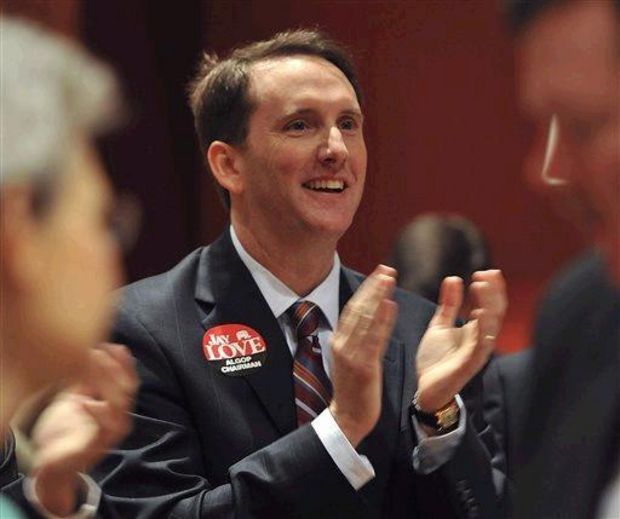 In the past, Love has spoken out decisively against same-sex marriage. He even sponsored a House Resolution in 2009, honoring then-Miss California, Carrie Prejean for expressing opposition to same-sex marriage: “I think marriage should be between a man and a woman. No offense to anybody, but that’s how I was raised.”

Apple, Inc., CEO Tim Cook is an openly gay man who took the State to task over it stand against same-sex marriage when he accepted his induction into the Alabama Academy of Honor.

Love’s close associate, Speaker Mike Hubbard, was on hand to offer Cook a set of Speaker’s cuff-links just last year, as a token of his appreciation for the Alabama native.

In 2013, Love unexpectedly stepped down from his House seat to pursue business interests which have included work for the Business Education Alliance backed by the Business Council of Alabama, (BCA) as a counter-measure to the Alabama Education Association, (AEA).

The question has been asked why would a person who ran on a platform of traditional marriage and has derided same-sex marriage, seek employment with a company whose CEO has criticized the State for being, “too slow for the equality for the LGBT community.”?

The full story can be read at the Washington Blade.