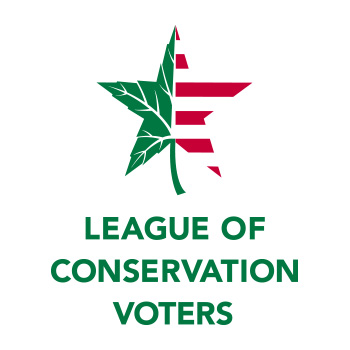 The Executive Director of Conservation Alabama Tammy Herrington said, “We know that Alabama’s voters see conservation as a non-partisan issue. We want to continue to work with our elected officials to make sure that their votes in Congress reflect the reality that our economy and our communities depend on a healthy, accessible environment.”

The groups condemned the Republican controlled, “U.S. House of Representatives’ continued efforts to undermine public health and limit access to public lands.”  The group credited the then Democratic controlled U.S. Senate with preventing many harmful bills from ever being debated,.

Rep. Terri Sewell (D) was the highest scoring member of Alabama’s delegation with a score of 77 percent. Sewell was credited for her votes to clean up Superfund sites and limit pollutants.

The U.S. Senate only had five relevant bills, because Sen. Majority Leader Harry Reid (D from Nevada) prevented most legislation from ever being debated on the floor. Sen. Richard Shelby received a score of 20 percent due to his vote to preserve reforms to the National Flood Insurance Program.

Sen. Jeff Sessions was awarded a score of 0 percent by the group because he voted opposite the group on all five relevant bills.

There were 35 votes that in the U.S. House of Representatives that the group deemed relevant.   Alabama’s Republicans voted opposite the group’s wishes almost all the time.

LCV President Gene Karpinski said, “This year’s Scorecard shows that while the world experienced the hottest year on record, the U.S. House leadership continued its reckless assault on our environment, proving themselves nothing more than a carbon copy of the past three years. Fortunately, we have a force of environmental allies, including the president, as well as many state elected officials, who are intent on pulling us closer and closer to meeting the greatest challenge of our time—climate change.”

Congresswoman Martha Roby (R from Montgomery) got a 3 percent rating.

Congressman Mike Rogers (R from Saks) received a 0 rating from the group.

Congressman Robert Aderholt (R from Haleyville) was awarded a 3 rating.

Congressman Spencer Bachus (R from Vestavia) received a score of just 3 percent. Representative Bachus retired at the end of the year and the Sixth District is now represented by Gary Palmer (R from Hoover).

The National Environmental Scorecard has been issued by the League of Conservation Voters (LCV) for forty years.

LCV says that their scorecard has been the nationally accepted yardstick used to rate members of Congress on environmental, public health, and energy issues. LCV has released a scorecard since 1971.

To learn more about them visit their website: www.conservationalabama.org