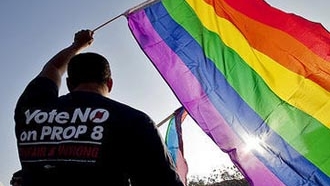 Tuesday, March 3 the Alabama Supreme Court ordered Alabama Probate Judges to stop issuing same-sex marriages. The court argues that for over 200 years of Alabama history marriage has been recognized as between one man and one woman and the law remains that way. Most probate judges in Alabama have issued marriage licenses to same-sex couple after a federal judge in Mobile, Callie V.S. Granade, declared Alabama’s Defense of Marriage state constitutional amendment unconstitutional.

The Court wrote, “As it has done for approximately two centuries, Alabama law allows for “marriage” between only one man and one woman. Alabama probate judges have a ministerial duty not to issue any marriage license contrary to this law.  Nothing in the United States Constitution alters or overrides this duty.”

The conservative Alabama Policy Institute (API) along with the Alabama Citizens Action Program (ACAP) filed an emergency petition requesting that the Alabama Court issue an emergency clarification on the matter. API issued a statement following the ruling in their favor: “Today, the Alabama Supreme Court granted our request for a writ of mandamus directing Alabama’s probate judges not to issue same-sex marriage licenses in violation of Alabama’s Constitution. The ongoing confusion caused by the federal court’s action in January needed to be clarified in a formal opinion by the State’s highest court and the Alabama Policy Institute was well-suited to pursue such a remedy. This decision by the Alabama Supreme Court finally, in the words of Justice Scalia, gives the people of Alabama the respect that they deserve by preserving our law until the U.S. Supreme Court resolves the issue. The sanctity of marriage–an institute that has always been reserved for the states–is a cause worth fighting for, for as long as the States still have their rightful say in the matter.”

The pro same-sex marriage Human Rights Campaign (HRC) strongly condemned the ruling in a statement. HRC Legal Director Sarah Warbelow wrote “The Alabama state Supreme Court does not have the authority to interfere with a federal court order. This order is outrageous and baffling, and no amount of legalese can hide the bare animus that forms the foundation of this extralegal ruling.”

The HRC called the 150 page ruling, “bizarre” and rambling.

Conservative former state Senator Scott Beason (R from Gardendale) told the ‘Alabama Political Reporter’ in a phone interview I am pleased with what the Alabama Supreme Court ruled and I have confidence in the reasoning behind the decision of the majority of the court.

Earlier this year, U.S. District Judge Callie V.S. Granade ruled in favor of a lesbian couple in Searcy v. Strange, striking down Alabama’s constitutional amendment limiting marriage to one man and one woman.

There is some confusion about the role of Alabama Supreme Court Chief Justice Roy Moore in the ruling.

The HRC wrote in their statement that, “Alabama Supreme Court Chief Justice Roy Moore has been a vocal opponent of same-sex marriage in the media in the last month. However, he is not listed among the concurring or dissenting judges and appears to have recused himself from the case.” The Associated Press is also reporting that Judge Moore recused himself. WAFF Channel 48 is reporting that Chief Justice Roy Moore wrote the order, and six justices concurred while another questioned the reasoning but not the decision.

Justice Greg Shaw (R) is the lone dissenter with the opinion. Shaw wrote in his dissent, “This case is both unusual and of great public interest; however, I do not see a way for this Court to act at this time. By overlooking this Court’s normal procedures; by stretching our law and creating exceptions to it; by assuming original jurisdiction, proceeding as a trial court, and reaching out to speak on an issue that this Court cannot meaningfully impact because the Supreme Court of the United States will soon rule on it; and by taking action that will result in additional confusion and more costly federal litigation involving this State’s probate judges, this Court, in my view, is venturing into unchartered waters and potentially unsettling established principles of law.”

Probate judges have five days to submit responses if they want to continue to grant marriage licenses to homosexual couples. Mobile County Probate Judge Don Davis has asked the court to dismiss him from the lawsuit because Judge Callie Granade has already ordered him to issue the controversial marriage licenses to same-sex couples.