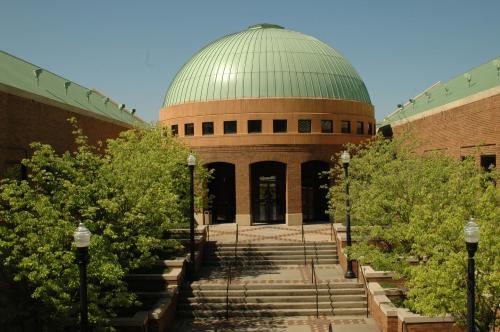 On Friday, March 6, almost 100 members of the United States Congress visited Birmingham and the Civil Rights Institute as part of a three day pilgrimage to visit important sites in the civil rights movement. This weekend was the 50th anniversary of the historic Selma to Montgomery voting rights march.

Following a tour of the Civil Rights Institute (CRI) by the members of Congress the hosts of this year’s faith and politics event held a news conference in front of the statue of Fred Shuttlesworth that stands in the front of CRI.

Birmingham Mayor William Bell said that it is a pleasure to welcome members of Congress to this historic site. The struggle for voting rights was a movement that changed this state, this country, and this world. I welcome Senator Sherrod Brown, Martha Roby, Congressman John Lewis, Steny Hoyer, and Terri Sewell to Birmingham.

Congressman John Lewis (D-Georgia) was a participant in the original Selma to Montgomery voting rights march.  Rep. Lewis said Thank you Mayor Bell. I am pleased and delighted to be here. I grew up in the state of Alabama near Troy. It is a pleasure to be here with Martha Roby and Terri Sewell. They are both strong, they are good, and they are smart.

Lewis praised the achievements of the civil right movement but said there is more progress to be made. We are one people one family or we will perish as fools. It is a pleasure to be here in Birmingham, in Selma, and in Montgomery again.

Congresswoman Martha Roby (R-Montgomery) said I am here with my daughter Margaret who is 9 years old and in the 4th grade. It is a privilege for her to be here with living history. John Lewis is living history.

William Bell said that Alabama has adopted Steny Hoyer who has attended many of the Selma to Montgomery memorial marches. Bell said that it is important to remember the courage of the marcher and the loss of the four little girls across the street in a bombing of the Sixteenth Street Baptist Church.

Mrs. Juanidta Abernathy, the widow of Civil Right Movement leader Rev. Ralph David Abernathy, said that the Civil Rights movement began on December 1 when Rosa (Parks) sat down on that bus. Following the success of the Montgomery Bus Boycott, which was organized by Rev. Abernathy and his friend, Rev. Martin Luther King Jr., the movement went to Birmingham. “Birmingham used to be what we called Bombingham.” After Birmingham Mrs. Abernathy said that Rev. Abernathy, Fred Shuttlesworth MLK met at Birmingham’s A.G. Gaston Hotel where they decided to go to Selma next. Mrs. Abernathy mentioned the sacrifices of Jimmy Lee Jackson who was shot by an Alabama State Trooper at a march in Marion in 1965.

Congresswoman Terri A. Sewell (D-Selma) said that this transcends politics. 98 members of Congress both Republicans and Democrats are participating in the pilgrimage this year. “Democracy is messy but it is the best form of government,” Rep. Sewell said.  “It is an honor and a privilege to welcome John Lewis to Alabama.”

Mayor Bell said that renovations to the A.G. Gaston Hotel are about to begin.

CRI is very near the A.G. Gaston Hotel and is across the street from the 16th Street Baptist Church where domestic terrorists set off a bomb that killed the four little girls during the 1960s.  With CRI, the 16th Street Baptist Church, and a renovated AG Gaston Hotel, Birmingham will have an unparalleled civil rights historic district for both tourists and school children.