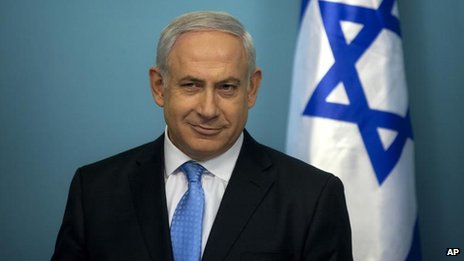 Since Israel uses a multi-party parliamentary system Netanyahu will still have to reach an agreement with minor parties but Likud’s strong showing makes it appear that he is poised for a third straight term as Israel Prime Minister after his leftist rival, Isaac Herzog, l in the Zionist Union Party conceded defeat.

All the polls showed that Israeli voters had grown tired of the Likud Party and were predicting a second-place finish for Likud behind the Zionist Union.

The election had a remarkable level of international involvement. President Barack H. Obama’s (D) campaign team is working for the opposition, a number of international NGOs (non-governmental organizations) were funneling dollars to the opposition, and there are allegations that a $380,000 U.S. State Department grant went to an organization that was trying to get out the Arab vote for the Zionist Union Party.

The Speaker of the U.S. House of Representative John Boehner issued an invitation to Netanyahu to speak to a joint session of Congress. An angry President Obama refused to meet with the Israeli Prime Minister so close to the election.

PM Netanyahu gave a widely acclaimed speech denouncing President Obama’s attempted negotiations with Iran over Iran’s nuclear program. Netanyahu said, “Iran’s regime poses a grave threat, not only to Israel, but also to the peace of the entire world.”

Congressman Gary Palmer (R from Hoover) said on Birmingham talk radio station 105.5 WERC, “There is a certain authenticity to Benjamin Netanyahu’s leadership. This is what it must have been like when Churchill spoke here.”

Congressman Bradley Byrne (R from Montrose) said, “I was proud to attend the Prime Minister’s address as he laid out a clear vision about the safety of Israel and the problems posed by a potential deal between the United States and Iran regarding Iran’s nuclear program. This was not my first experience visiting with Prime Minister Netanyahu, as we had met previously during my visit to the Middle East last fall.”

This will likely be the fourth term as Prime Minister for Netanyahu, which likely scuttles any hopes the Obama Administration had for a two state solution dividing Israel and Palestine into separate countries.