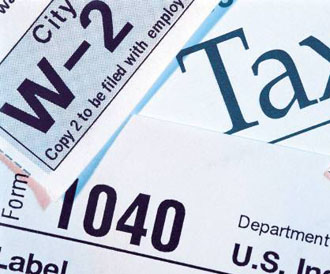 The Alabama Legislature is taking a holiday after their first eight legislative days of work in the 2015 Regular Session.  When they return, addressing Governor Robert Bentley’s (R) proposed tax increases will be among their first orders of business.  A public hearing is scheduled for Wednesday, April 1 presumably in the Ways and Means Committee for the General Fund (Alabama inexplicably has two budgets: one for education and the other for everything else, the General Fund).

All eight of the Governor’s proposed tax increases were introduced in the House and are still pending in House Committees:

State Representative Mike Hill (R from Columbiana) is the sponsor of the Governor’s Corporate Income Tax bill.  House Bill 142 would generate $20 million for the state by requiring combined income reporting for corporations that do business in other states.  Critics says that the corporations will simply pass the increased costs to the consumers or avoid doing business in Alabama altogether.

State Representative John Knight (D from Montgomery) is sponsoring the Governor’s Insurance Premium Tax bill. House Bill 277 would generate an estimated $25 million.  It removes credits for state privilege tax paid by insurance companies, ad valorem tax, and for office facilities and real property investments. Hidden taxes on insurance premiums are already the largest contributor to the Alabama General Fund and insurance companies will simply pass the cost of more tax increases on to consumers in the form of higher insurance premiums.

Representative Steve Clouse (R from Ozark) is sponsoring the doubling of the sales tax the consumers pay when they purchase cars and trucks. House Bill 268 would generate an estimated $200 million in revenue for the general fund by increasing the rate for automobile sales to 4 percent.  For many Alabamians the cost of transportation is their second highest expense only behind what they spend on housing and will be felt disproportionately by working class Alabamians.  There are some reports that Rep. Clouse may settle for just a 50 percent increase in the automobile tax, but a 3 percent car tax would only generate $100 million.

State Representative Ken Johnson (R from Hillsboro) is the sponsor of the Governor’s Individual Income Tax bill.  The people of Alabama already give the state five percent of their incomes to the state, but the Governor feels that the people get too many tax credits.  House Bill 240 would generate $12 million for the state by eliminating income tax withholding exemption certificates.  Most tax payers in Alabama would take home slightly smaller pay checks if this passes.

Rep. Steve Clouse is also sponsoring the Governor’s hike in the Rental Tax on Automobiles.  House Bill 267 would generate an estimated $31 million for the state of Alabama by increasing the rate for car and truck rentals to 4%.

Rep. Steve McMillian (R from Bay Minette) is sponsoring the Governor’s Cigarette and Tobacco Tax.  House Bill 139 would generate an estimated $205 million by increasing the tax per pack of cigarettes from $.825 to $1.25. This would increases the tax on other tobacco products like chewing tobacco proportionately. Critics argue that this is a poor source of revenue as it cigarette usage has been dropping and it would only encourage people to buy their cigarettes in other states where they are more affordable.

Rep. Chris England (D from Tuscaloosa) is sponsoring the Governor’s Public Utilities License Tax.  House Bill 276 raises $47 million by removing the exemption that applies to municipal utilities.  Critics say that this tax will simply be passed on to Alabama families as municipal utilities are already not for profit entities that simply provide a service for the people that live in their town.  The tax hits poorer families disproportionately through higher rates.

A public hearing on many of the Governor’s revenue measures has been scheduled for Wednesday, April 1.

Under Alabama Law, the Legislature is allowed to meet for no more than 30 days in a 105 calendar day period. Eight of those days are already gone.  The House of Representatives and the Senate are both scheduled to reconvene on Tuesday, March 31st.