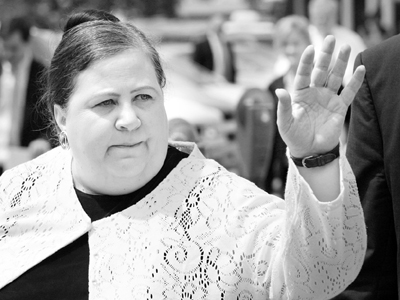 Friday, March 20 Alabama Democratic Party Chairwoman Nancy Worley said that the Republican Super-majority has been “heavy on pandering and light on solutions” during the first weeks of the 2015 legislative session.

Chairwoman Worley said, “”We are now almost a third of the way through the legislative session, and the Republicans in the Alabama legislature have still not offered leadership or solutions on the most important issue facing our state: the massive hole in the General Fund budget.  Instead, the Republicans have chosen to push through a legislative agenda that is heavy on pandering and light on substance. Their most significant accomplishment – the charter school bill – does nothing to help failing schools, and, based on every other state’s experience, will do little, if anything, to improve education. In fact, history has shown they may very likely lead to millions of dollars in fraud and waste.”

Chairwoman Worley continued, “By any reasonable assessment, the legislative session so far has been a failure, if for no other reason than the fact that we have wasted so much time and accomplished nothing on the real problems. The Republicans in the Alabama legislature wanted to be in leadership. Now they need to step up and lead.”

Speaker of the Alabama House of Representatives Mike Hubbard (R from Auburn) disagreed, “Agenda complete! Our ‘Alabama First’ agenda was designed to put our state firmly on the road to being first in education, first in economic development, and when it comes to battling liberal federal mandates, these bills work to always put Alabama values first.”

House Minority Leader Craig Ford (D from Gadsden) echoed Chairwoman Worley’s sentiments, “Yes, the Republican leadership has passed their legislative agenda. But what they have not done is offer any real solutions to the very real problems Alabama is facing.”

Both Worley and Ford were critical of the Charter School bill that Republicans passed, arguing that Charters take money away from traditional public schools and leave students trapped in failing public schools.