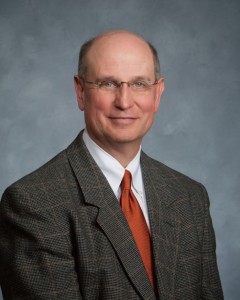 MONTGOMERY—A newly-elected OB/GYN State Senator has enlisted the support of six Republican Senate colleagues to repeal a law based, in part, on the death of one of his patients.

Senator Dr. Larry Stutts (R-Sheffield) has offered SB289, which would repeal a woman’s legal right to remain in the hospital for 48 hours after a normal live birth and 96 hours if the birth was cesarean or presented complication. His bill would also repeal State law requiring physicians to notify woman in writing that her mammogram showed dense tissue that may mask breast cancer.

Stutts took to Facebook to defend this measure saying, “I am proud to say that I am hard at work removing one-size-fits-all Obamacare-style laws from the books in Alabama.”

However, the State law that guarantees a mother and child’s right to at least a 48 hour hospital stay was not born from Obamacare, but from the death of a mother and the concerns of a heartbroken father of a motherless child left behind according to a May 1999 report in the Tuscaloosa News.

Rose Church, a 36-year-old registered nurse from Haleyville, gave birth to a healthy baby girl on December 1, 1998. After 36 hours she was released from the hospital only to return around 36 hours later due to sessile bleeding that required four units of blood. She was again discharged only to die approximately 36 hours later of a heart attack, according to the report. Her autopsy revealed that Church had placental tissue still inside her womb, 11 days after she delivered her daughter Logan Rose.

Stutts was her OB/GYN and was named in the wrongful death suit filed by her husband Gene Church. The suit states, among other things, that Rose Church was released from the hospital despite the fact that she “was suffering from placenta accreta and continued to display persistent tachycardia.”

Her husband told the Tuscaloosa News in 1999, “If the legislation had been law last year my wife would have stayed in the hospital for 48 hours and the blood test would have shown she was having problems before she was discharged.”

According to the Tuscaloosa News, Church brought his daughter to the State House every day to lobby on behalf of the bill that might have saved his wife’s life. The bill was sponsored by Rep. Mike Millican from Hamilton, but it was the motherless, “red-haired blue-eyed little girl,” that Church pushed in a stroller everyday through the State House that drove home the importance of “Rose’s Law” as it was known.

Almost 17 years after Rose’s death and over a decade before Obamacare, Stutts makes the case that he would repeal this law as an effort to “make sure our Legislature stays in Montgomery where it belongs and out of the exam room.”

In his post defending SB289 Stutts writes, “Neither I nor my six other conservative colleagues who have joined me as co-sponsors want to deny anyone the care they need. As a doctor, I have always been cautious with my patients, making sure they are fully informed, and providing them with the first-class healthcare they deserve. As a legislator, it is my responsibility to make sure that doctors and patients across the state are empowered to make the best decisions for patients.”

“Rose’s law”  was passed unanimously by the House and Senate in 1999.
Today, Stutts says he is joined by six “conservative colleagues,” to change the law.

However, Stutts did not make his Senate colleagues aware of Church’s death while under his care or her relationship to the bill he is trying to eliminate.

The other portion of the legislation Stutts would have removed from the books is a law that requires physician to notify a patient after receiving a mammogram if their test show signs of dense tissue.

The bill that ensures doctors inform their patients about dense tissue after a mammogram was introduced by the man that Stutts defeated for his bid for Senate, Roger Bedford.
Bedford introduced the bill after his wife was diagnosed with stage three breast cancer, after months earlier receiving a mammogram in which her cancer had been masked by dense tissue.
Mrs. Bedford was not informed about the inefficiency of a mammogram to detect cancer in women whose breasts contain dense tissue, by the time her cancer was detected by other means, the disease had spread into her lymph nodes.

Stutts recently told the Times Daily, “The Legislature has no business legislating how patients are notified about their mammograms…We deal with this all the time in the office, when in fact the mammogram is normal.”

The law states that a physician must inform the patient in writing that “dense breast tissue may make it harder to find cancer on a mammogram and may be associated with an increased risk of breast cancer.” It also recommends that women should ask their doctors about more test such as an MRI.

Stutts had stated that he has “always been cautious with my patients…providing them with the first-class healthcare they deserve.”

Now, as a legislator, he says he wants to review every health law in the State, in the same way he has the two he hopes to repeal.

The suit against Stutts was settled out of court.

Editor’s note: Mr. Gene Church and Logan Rose Church will be our guests this Sunday on The V. Check for it on YouTube https://www.youtube.com/user/aprthev.

This bipartisan bill would ensure that many patients can receive the intravenous medications they need while at home.