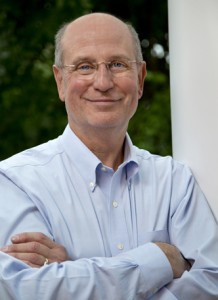 Senate Bill 289 would repeal a 1998 law requiring that insurance companies pay for a 48 hour hospital stay following natural child births and longer for caesarian section.  Passage would allow insurance companies to send women and infants home sooner following deliveries and save money.  Critics warn that potential complications could result in potentially some loss of life.

The earlier legislation was sponsored by Sen. Roger Bedford (D from Russellville).  His wife Maudie was a vocal proponent for the 48 hour rule.

State Representative Johnny Mack Morrow (D from Red Bay) announced that there will be a public hearing to allow supporters and opponents of SB 289 to express their views to legislators.  Rep. Morrow wrote, “Today Maudie Bedford expressed to me concerns about SB 289 sponsored by Sen. Larry Stutts. Maudie further requested that I schedule a Public Meeting to allow for public input on SB 289. I have scheduled this meeting for Monday, April 6th at 6:00 PM.” “As requested, the Public Meeting for SB 289 will be next Monday night, April 6th. 6:00 PM at the Muscle Shoals Career Academy,” Multipurpose Room; 321 Broad St., Muscle Shoals.  It is the corner of Brown and Broad behind the MS City Hall.

I especially want to invite Sen. Stutts (Sponsor) & Sen. Melson (Co-Sponsor) to explain the need for this legislation.

SB 289 is sponsored by State Senator Dr. Larry Stutts (R).  Dr. Stutts wrote on Facebook, “As I campaigned to be your State Senator, I pledged to limit the size and scope of government – by removing barriers and fostering a stronger patient-doctor relationship. More than 25 years of experience as a doctor have made me uniquely positioned to advocate for a more individualized approach to care that ensures medical decisions are strictly between you and your doctor. Just a few months on the job, I am proud to say that I am hard at work removing one-size-fits-all Obamacare-style laws from the books in Alabama. However, some in the media and elsewhere are attempting to deceive citizens by using tired liberal arguments and falsehoods. Let me be clear: my goal is to make sure our Legislature stays in Montgomery where it belongs and out of the exam room. Neither I nor my six other conservative colleagues who have joined me as co-sponsors want to deny anyone the care they need.”

Senator Stutts wrote, “As a doctor, I have always been cautious with my patients, making sure they are fully informed, and providing them with the first-class healthcare they deserve. As a legislator, it is my responsibility to make sure that doctors and patients across the state are empowered to make the best decisions for patients. I will continue promoting individualized healthcare solutions and rejecting top-down government overreach into healthcare. As a doctor, I’ve seen firsthand the inefficiencies and financial burdens that unnecessary mandates place on patients and providers. Over the next four years, I plan a thorough review of the healthcare laws of our state to make sure we are fostering an environment that is constantly improving the care patients receive, allowing providers to spend more time with patients and making care more affordable.”

Rep. Morrow wrote, “This bill has a lot of people concerned and they want an opportunity to express publicly how they feel about Sen. Stutts’ legislation.”  “I especially want to invite Sen. Stutts (Sponsor) & Sen. Melson (Co-Sponsor) to explain the need for this legislation.”

State Representative Tim Wadsworth (R from Winston County) wrote on Facebook, “Women’s rights need to be protected. I am OPPOSED to this bill. Senate Bill 289 has been introduced and needs to be defeated. First, currently a woman has the right to have a 48 hour stay in the hospital during delivery of her child and longer if delivered by caesarean delivery. This bill removes the minimum stay provisions. Second, currently doctors are required to notify a woman in writing if they have a dense mass in their breast. This bill would remove those requirements. Insurance companies want this bill passed. It is against a woman’s right. Talk to your legislator let him know you are OPPOSED to this bill. YOUR RIGHTS COUNT.”

Sen. Paul Bussman (R from Cullman) announced on Facebook, “There has been a great deal of information released concerning SB289 dealing with protocol following mammograms and protocol for the release of patients from the hospital. It was my understanding that this legislation would simply remove government from the practice of medicine in an effort to improve individual patient choice. Now that I know the full scope of the legislation, I cannot support SB289 and will not vote for it in committee or on the floor of the Senate.”