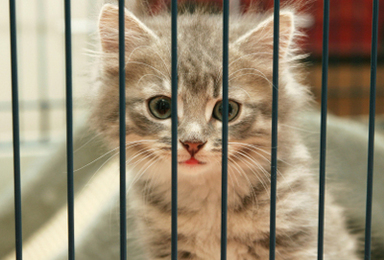 Tuesday, March 31, the Alabama House of Representatives voted down legislation, HB 85, that would have required animal shelters to provide records of the outcomes of animals in their care to the public on demand.

The bill was sponsored in the House by K. L. Brown (R-Jacksonville).  Rep. Brown told reporters afterwards that he was shocked by the vote. Brown said that the bill had been passed by the House last year without a single no vote.

This year it was defeated on the floor by a bipartisan 28 to 67 vote.

The bill was strongly supported by Alabama Voters for Responsible Animal Laws (AVRAL).  AVRAL State Chair, Rhonda Parker wrote to their members, “Though our Animal Shelter Reporting Bill passed the House of Reps for the past two years without a single NO vote, and despite the fact it passed the Senate this session with a 22-4 vote, it was defeated in the House today by a vote of 67-28. I will be sending you more details about what happened in an upcoming email. I am still speaking with our lobbyists and our sponsor. When I get the facts together, I will share them with you.”

HB 85 would have required animal shelters to fill out a monthly census of the animals that are placed with them and their outcomes and to share that information with anyone in the public who asked to see the information.

Bill sponsor, Representative K.L. Brown said on the floor of the House that the bill, “Promotes transparency for animals shelters that receive public funding.”

Rep. Mike Jones (R-Covington County) said that he had spoken with mayors and clerks in his cities and they all oppose the legislation.

Jones said, “One of my cities contracts with local vets.  It is not uncommon for smaller cities that can’t build their own budget.”  Jones said that the contract creates an agent relationship so the veterinarians would have to do the required reporting.  “It sounds like somebody is trying to set them up for a lawsuit.”  “The major cities in my district are very concerned about this.”

Rep. Bob Fincher said that euthanasia of animals probably occurs at every shelter.  Vicious animals that have been made vicious by people have to be put down. The nonprofit that runs the shelter in my county worry that this is going to create more red tape and more forms.

Rep. Fincher acknowledged, “I have been getting emails from all over the state in support of the bill.”

Rep. Brown said, “Most of the animal shelters are already keeping these records. All this bill does is make that public.

Rep. Fincher said that the shelter operators, “Don’t want to have to give information to everybody who walks in off the street.”

Rep. Allen Farley (R-McCalla) said that he saw nothing wrong with the bill, but that Rep. Jones is an attorney and a judge and he is opposed to it.  Lawyers read between the lines.

Rep. Farley asked, “Is this a PETA bill?”

Brown said, “No it is not.  I have not talked with that group.  AVRAL is the group I worked with.”

Rep. Farley suggested that Brown get with Rep. Jones and sit down and figure out how to amend the bill so that shelters, towns, counties, and cities have no legal liability from this.

Rep. Patricia Todd (D-Birmingham) said, “We wouldn’t have this problem if we would pass my spay and neuter bill.” “We have a huge problem with feral cats in the state.”

Rep. Barry Forte (D) said that the three counties he represents are all too poor to comply with the reporting requirements and would have to hire an extra person to do it.

Rep. Brown said that no it would not.  Ten minutes on Excel would be sufficient for preparing the paperwork or they could take a yellow notepad write columns and do it by hand.  Brown said that most shelters are 501c(3)s and they have this paperwork already to apply for grants.

AVRAL of Tuscaloosa wrote on Facebook after the defeat, “The simplest answer I can give is that there was complete and utter mayhem as the Reps who opposed it got up and spoke, one right after another, making horrifically inaccurate statements that were never corrected. So, Reps who were sitting on the fence probably thought “good grief, let me hit the NO” button, and those that thought they supported it probably thought something dramatically different was in the bill (untrue). House Reps were completely and utterly led astray. And there are people who are responsible for that. I’m getting everything together from Richard Koerner, our lobbyists, and our sponsor so I can give a full report.”