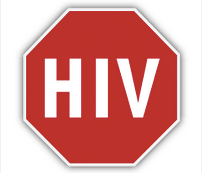 Sexually transmitted diseases would completely disappear in two generations if people would follow the simple rules set down by Moses and limit all sexual activity to within the bounds of their marital bond.

That may have been asking too much of the shepherds of his day, but in today’s society that defiantly practices a more “freewheeling” range of lifestyles and claims anything they want to do is a right, sexually transmitted diseases (STD) are an unpleasant reality.

An estimated 110 million Americans are infected with one or more STD, some of them life threatening.  Many of the persons so infected are unwilling to abstain from the practices that got them in their situation in the first place and a frank discussion about their AIDs or syphilis symptoms with their next romantic interest might lessen their chances of them getting what they want so they don’t tell…..and that is how you get to 110 million infected people.  House bill 50 would make knowingly transmitting a person your life threatening STD without telling that person about your infection(s) and getting their consent to proceed with the reckless sexual contact anyway a criminal offense.

HB 50 is sponsored by state Representative Juandalynn Givan (D-Birmingham). HB 50 was debated in a public hearing of the House Judiciary Committee on Wednesday, April 1.

Tony Walker, who works as a Coordinator for AIDS Alabama, spoke in opposition. Walker called the bill, “Shortsighted.”  The first issue is the fact that with STDs they have to be diagnosed so people know they are transmitting this will encourage people not to get tested.

Walker said, “The wording of this bill will really hamper our treatment efforts.” Walker said that 85 percent of American women carry the HPV virus.  “HIV isn’t the death sentence that it used to be.”  Walker said that he is a husband and a father and lives with the AIDs virus every day.  “It is really rare that people purposely transmit.”  “This bill is trying to fix a big problem with a small hammer.”

State Representative Juandalynn Givan said, “What this bill is about is responsibility and accountability…The aim of this bill is not to punish those people with a sexually transmitted disease but to hold those people accountable,” that knowingly transmit dangerous illnesses to other people.

Barry Matson, the deputy director of the Alabama District Attorneys Association (ADAA) said that people who know they are carrying a STD would need to get advance consent to a sex act after informing the proposed sex partner of the medical risk.  If the partner agreed to accept the risk, then they could go forward with that act and no crime would be committed if the partner later did develop the illness.

Matson said that prosecutors saw this crime a lot with children.  STDs are quite prevalent among child sex abusers.  The illness is, “Something those children will have for the rest of their lives.”

Trisha Mellberg with prosecution services said that it is already a misdemeanor to knowingly exposes someone to an STD.

Rep. Allan Farley (R from McCalla) said, “What we are doing here (with HB50) is saving lives.”

The legal director of Birmigham Aids Outreach, Steve Rygiel said that this bill involves the state regulating bedroom activities.  “I ask you to vote no against this bill…Criminal law is not the appropriate venue for transmission or exposure laws… HB 50 takes our state back in time.”

Laurie Gils, the Medical adviser to AIDs Outreach, said, “We are currently treating 1300 AIDs patient across a 1/3 of the State…I am committed to the eradication of AIDs and I am adamantly opposed to this bill.  AIDs is not the death sentence that it has been.  What we know works is testing and treatment…The medicine limits the prevalence of the AIDs virus in the body virtually eliminating the chance of transmission.”

Gils said that there is a stigma to people with AIDs and HIV.  We all want to keep people safer. Criminalization doesn’t work.

State Rep. Jim Hill (R from Odenville) asked Gils, “Would you draw a line between infecting a 12 year old and a 35 year old?”

Rep. Hill said, “So you would have no problem with an adult transmitting a STD to a child?

Dr. Gils said, “We have laws against sexual abuse of children and we should.”

State Representative Dr. Merika Coleman-Evans said that she had a 21 year old student who was given AIDs.  “For him he was emotionally scarred by someone he trusted.”  This person knowingly infected him.

Dr. Gils said, “We need to use every tool we have to get rid of this disease…In states where it has been tried it did not work.”

Rep. Coleman Evans said, “I don’t see how it would stop people from being tested who want to be tested.”

Rep. Givan said, “This bill is not about gay rights.” There are over 16,000 AIDs cases in the state of Alabama, and cases are on the rise. The fastest growing group is 15 to 25 year olds.