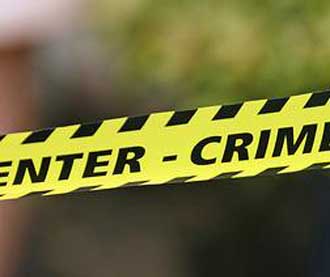 On Tuesday, April 7, Alabama Human Trafficking Task Force Chair and State Representative Jack Williams (R-Vestavia) introduced the Alabama Human Trafficking Safe Harbor Act, HB433.  This bill will add a Safe Harbor provision to current law for a child who is engages in the act of prostitution.  The bill would prevent sexually exploited children from being adjudicated as delinquent or be convicted of the crime of prostitution.  Instead a juvenile court will retain jurisdiction over sexually exploited children to make sure that they have access to shelter, health care, and mental health counseling.

Representative Williams said in a written statement, “I introduced HB433 to protect children who are victims of human trafficking.  This bill will keep minors charged with prostitution under the authority of DHR and out of the courts, ensuring the state treats them as victims not criminals.”

This legislation also authorizes the assessment of an additional fine of $500 upon conviction of the crime of promoting prostitution.  The fine will be paid to a court-certified therapeutic counselor that offers education, treatment, and prevention counseling to persons convicted of prostitution offenses.

The Alabama Human Trafficking Safe Harbor Act has a bipartisan group of 61 cosponsors and is pending action in the Alabama House Judiciary Committee.

On Friday, April 10, the Alabama Human Trafficking Task Force announced in a statement that they fully support this bill and asks Alabamians to contact their State Representatives and State Senators to encourage them to vote “Yes” in support of HB433.

The Alabama Human Trafficking Task Force was established in April 2014 to fight the growing problem of human trafficking which the FBI says is now tied with illegal arms trafficking as the world’s second largest criminal enterprise, behind only the illegal drug trade.  The task force meets once a quarter at the Alabama State House.

Society glamorizes prostitution.  For most the reality is far different.  Most prostitutes enter the lifestyle in their early teen years or far earlier.  Pimps are actively looking for runaways or children from troubled homes.

The Alabama Human Trafficking Task Force was created by Joint House Resolution 270 passed by the Alabama Legislature in April of 2014.  The Task Force was charged with developing a plan to fight the growing specter of human trafficking, particularly of women, in and through Alabama.

Federal law enforcement authorities met on Thursday, January 15 to discuss the growing human trafficking problem. US Attorney George Beck Jr. said in a written statement. “It is critical that citizens and law enforcement be more proactive and take every opportunity to learn how to recognize the signs of a terrible crime that results in the abuse, intimidation, and enslavement of women and children.”

Alabama Attorney General Luther Strange (R) addressed the Alabama Human Trafficking Task Force in January. “This is a problem that most people do not even want to acknowledge that exists, much less talk about,” AG Strange said.

Human Trafficking is the most common form of modern day slavery worldwide and is a growing problem in the United States. According to information from the task force’s web site, it is estimated that 300,000 American youth are vulnerable to becoming sex trafficking victims.  Pimps target runaways, homeless, and abused and/or neglected children. Child sex trafficking is estimated to be a growing $9.8 billion industry in the US.

According to the website, the Trafficking Victims Protection Act of 2000 defines human trafficking as labor trafficking and sex trafficking. Traffickers gain complete control of their victims through coercion, force, or fraud. Although both types of trafficking occur, sex trafficking is the most prevalent form in the United States.

According to information on the task force’s website, there are an estimated 27 million slaves living in the world today……believed to be more now than at any time in the history of the world and has recently surpassed the illegal weapons trade as the number two criminal enterprise (behind illegal drugs) globally.

For more information about the Alabama Human Trafficking Task Force visit their website at: