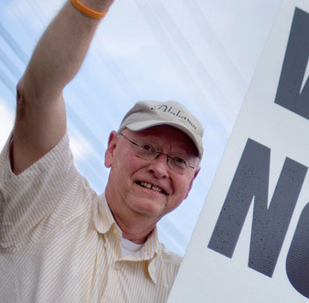 MONTGOMERY—A lobbyist with Bob Riley and Associates has been hired for the Alabama Real Estate Commission, the State agency responsible for licensing real estate agents in Alabama.

The hiring of Danny Cooper raised eyebrows when his $150,000 contract was first reported by this publication.

It is unclear why the State agency needs a lobbyist, and one 40-year member of the association claims the agency has never had a lobbyist, that he can recall.

The agency’s proposal states a need for a “Consultant to Implement Strategic Plan,” but the text of the proposal sounds a lot like lobbying services. The proposal states the person selected must have “knowledge and experience in working with the Alabama legislature to develop and gain passage of legislation.”

The scope of the work in the proposal requires the person selected to “develop points to include in legislation… assist commissioners in drafting appropriate legislation… follow legislation and assist in passage by educating legislators and other interested parties, and assist “in passage of needed Alabama Real Estate License Law changes.”

The proposal required the selected person to have “skill in drafting legislation” and “skill in gaining passage of legislation.”

Alabama Political Reporter reviewed the minutes of the Alabama Real Estate Commission for 2014 and 2015.  A search of the minutes reveals the first mention of hiring a consultant/lobbyist in the January 20, 2015 minutes, which is after the Commission’s Request for Proposal had been issued in late 2014 and the proposals received by the deadline of January 5, 2015.

According to the February 19, 2015 minutes, Cooper was present at the meeting and the Commission discussed legislative and lobbying goals for the 2015 session with him.  The minutes do not mention any other topics outside of lobbying being discussed with Cooper.

While Gov. Fob James’ 1995 Executive Orders are no longer in effect, given the current 23 felony charges against Speaker Mike Hubbard, the current governor might consider its wisdom.

Commissioners for the Alabama Real Estate Commission are appointed by the governor and serve five-year terms.  There is one commissioner for each congressional district and two at-large commissioners.

Cooper worked for the Alabama Association of Realtors from 1990 until 2012.

The high court said congressional action would be required to prevent renters from losing their homes in the midst of a pandemic.