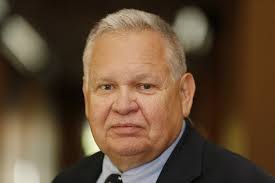 Zeigler announced that he was nicknamed Jim “Wastecutter” Zeigler.  “Today is my 3 month anniversary as your auditor.  It seems like three years.”  “I call this a hysterical event because the powers that be get hysterical every time I do something.”

Zeigler told the Bamacarry members that he is an active card carrying member of Bamacarry and their watchdog in Montgomery to protect gun owners’ rights.  Zeigler said that he is also a concealed carry permit holder. I have paid money for years for my unconstitutional pistol permit and I have always resented it.  Why should I have to pay the local sheriff to do something that is my constitutional right and my God given right?

Zeigler said that as Auditor, “I have very little power and authority.”

Zeigler said that the school board in Baldwin County spent $250,000 of taxpayers’ money on a recent tax increase referendum.  The law is perfectly clear: No state agency will spend public resources on any public money in a political activity.  I made the mistake of asking our attorney general to investigate it and take it to the Baldwin County Grand Jury.  The day before the referendum he said it was legal.  He (Republican Luther Strange) used a 2003 attorney general’s opinion to base his decision on.  The law was passed in 2010.  How can you use a 2003 opinion on a 2010 law?  The voters rejected the tax increases 68 percent to 32 percent.

Zeigler said that you would drive by a school and see 300 vote yes signs.  That attorney general’s opinion remains and there are more school tax referendums on April 28 and there could be a statewide referendum coming out of the legislature.

Zeigler said that he is taking the issue to court to get a ruling challenging the legality of using taxpayer resources for political activities.

Zeigler said that he may also expand that to include what the sheriffs have been doing (printing up no guns signs to distribute to businesses).  Zeigler said I would appreciate your help.  Scan in a copy of your initial complaint letter and the AG’s form letter opinion and email them to me.  “The attorney general is wrong and the constitution is right.  I am challenging the attorney general to everything except a basketball game.”

State Auditor Zeigler said that God gave us the right to self-defense and the second amendment codified that right.  Cain would not have been able to kill Able with a rock if Able had been carrying his own rock.

Zeigler said, “I have a vision that is about two steps beyond constitutional carry and this is to privatize law enforcement.”

Zeigler said that he did not mean turning over law enforcement to private companies.  “Those Barney Fife’s would be worse than what we have now.”  Zeigler said that society has gotten too dependent on calling 911.  “We can’t afford to have a cop on every street corner.”  “We need to gradually privatize public safety.”  We need to support the police as long as they are there but we don’t want to depend on them.

Zeigler said that making public safety an agency of the government was a mistake.  “There are some things we have to have government for.  I don’t think we can fight wars with homegrown militias.”

Government needs to defend the borders; but for public safety he envisions a super sized version Bamacarry and Neighborhood Watch where everyone is packing all the time.  “Crime is winning the war on crime.”  A giant neighborhood watch well-armed and well trained is what we should become.  If somebody is in your house and they are armed and you call 911 you don’t have time to wait for the police to get there.  All that you have then are the two Gs: God and your gun.”  Zeigler called this armed society: Minutemen.

A college student asked Zeigler about getting laws passed so students can carry their guns on campus.  Zeigler said I don’t think the legislature has the political will to stand up to the lobbying power of the University of Alabama and Auburn.

Zeigler joked you could carry your gun open carry and get yourself expelled.  Eddie (Fulmer of Bamacarry) will get you a good lawyer.  It will cost about a $1 million and ten years later you might get something done at the Supreme Court.

Zeigler said that we need an active core of 3000 patriots. If each of them will reach out to 100 friends we could swing the next election.  We could elect everything from the governor on down and we would not be having the problems we are having now.

Zeigler said, “I am the resident spy.  Not only are they not going to turn me they are afraid of me.”  They are afraid that if they try to do something shady I will find out and raise cain and they are right.

Zeigler said “Tomorrow at noon.  I am going to release my new plan to keep our state parks from closing.”  “My plan is to save our Alabama Parks with savings.”  The State Parks Director says they only need $11.5 million to keep the parks open and I have identified $13 million in savings.