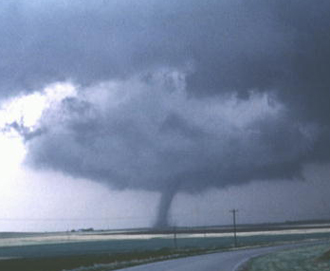 The storm event impacted 21 states and produced over $11 billion in damages and 348 deaths between April 25 and 28.  The strongest winds in the entire front were recorded in Phil Campbell and Hackleburg where they reached an incredible 210 miles per hour.

Alabama has had more tornado deaths than any other state in the country since World War II; but April 2011 was a particularly horrific event.

Alabama Governor Robert Bentley (R) said in a statement a year later: “Just seeing the date of April 27 on the calendar conjures up strong emotions among Alabamians.”

Gov. Bentley said, “Alabamians responded to the tornadoes with incredible resolve to rebuild and recover. Our state, and local officials were instrumental in the quick and thorough response following the storms.”

In the aftermath of the tornados, Gov. Bentley today appointed 19 community, corporate and non-profit leaders from across the state to the Tornado Recovery Action Council of Alabama (TRAC).  TRAC was tasked with gathering insight from residents, business leaders, non-profit groups and state agencies in order to form collaborative solutions for a stronger, more prepared Alabama.  TRAC developed a report documenting the tornado outbreak on April 27, 2011 and made strategic recommendations to the Governor for the future.

Tornados can and have happened in every county in Alabama.  The counties with the highest risk are listed as: Lamar, Morgan, Winston, Pickens, Jackson, Greene, Walker, Blount, and Sumter Counties.

As severe weather can happen at any time, Alabamians are urged to have weather radios and to pay attention any time there is a threat of severe weather.  If you are in a tornado warning area, go to the lowest interior room of your house and wait there for the threat to pass and the warning is over.  Every family should have an emergency kit with flashlights, foods that don’t need refrigeration or preparation, bottled water, and other essentials in case you need to go a few days without power (something many experienced in 2011).  Don’t go out immediately following a storm,  Down trees, down power lines, and rising flood waters are all hazards that are best avoided.  First responders and power crews also don’t need to be slowed by sight seers.