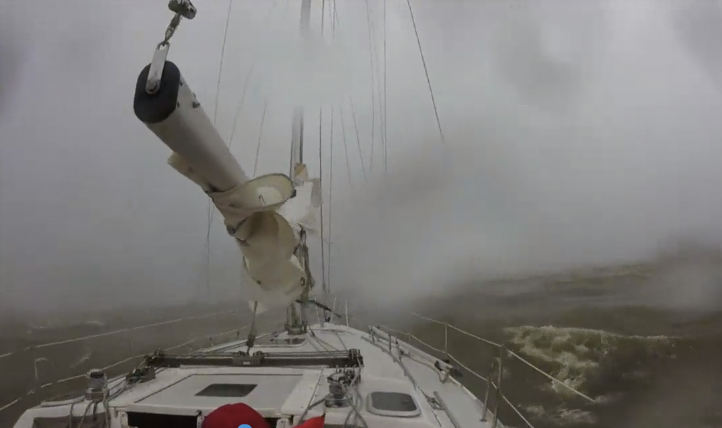 As of Monday morning, two bodies have been found and five people are still missing following sudden, severe weather, that capsized several boats participating in a weekend sailing event.

“Once again, the Dauphin Island community has experienced a tragic event that claimed lives and threatened many others. The historic DI Sailboat Regatta encountered near hurricane force winds during a severe thunderstorm which capsized numerous vessels shortly after 3pm yesterday. Our thoughts and prayers are with those lost, missing and hurting (along with their friends and families) during this difficult time. We also extend our heartfelt appreciation to the many men and women involved with the ongoing search and rescue operations including our own police and medical response personnel. Thank you for your service!”

The US Coast Guard is continuing its efforts to find the missing boaters.  One body was found on Saturday and a second was found early on Sunday.

“Please be in effectual fervent prayer for the Alabama sailors in Mobile Bay and their families. A number of bodies have now been recovered. Four were missing and one dead after a sudden storm hit the annual Dauphin Island Sailboat Race, capsizing dozens of sailboats. UPDATE: 40 rescued, 2 dead, five missing. Search continues.”

“Please pray as the search and rescue efforts continue this morning in Mobile Bay for 5 missing sailors and mariners after a fast and ferocious storm passed over the bay this weekend.”

“Heartbreaking to hear reports from yesterday’s Dauphin Island Regatta. Please join me in saying a prayer for all those impacted, for those who are still missing, and for the first responders.”

An estimated 100 boats with approximately 200 people were participating in the 57th annual Dauphin Island Regatta when a sudden intense thunderstorm overtook the boats, capsizing several in Mobile Bay. 40 of the boaters were rescued from the water on Saturday.

The search will continue on Monday.