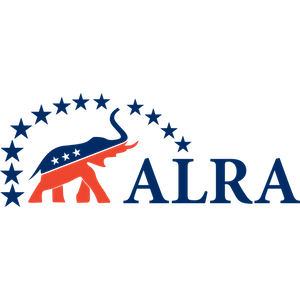 On Wednesday, May 6, the West Alabama Republican Assembly issued a press release objecting to two pieces of local legislation.

Tuscaloosa government officials have asked their legislature to make a sales tax increase, on a tax which was supposed to expire, a permanent tax on the people.

“In short, the temporary sales tax is to be made permanent because when is a temporary tax ever good enough? Why have a temporary tax voted on by the people when you can get the elected officials to bypass the people and make a permanent tax? Initially I thought that the schools must be hard up for money and need this permanent tax hike, but upon examination of the financial numbers the schools appear to be well funded and have funds for their proposed projects. They may not have it all upfront, but the temporary sales tax was passed initially so that the entities could prioritize a list of projects and work towards that end. But now it’s been decided that we need to make this tax permanent because the hard working taxpayers aren’t paying enough. On top of that it will be made permanent without one single guideline or requirement. Not one stipulation or approved plan. We are giving the ‘powers that be’ a blank check. Spend it how you like it boys and we the lowly working class stiffs will keep working to give you more. Oh yeah, I forgot the best part. You and I don’t even get a vote on the matter. It was introduced in Montgomery where we now know that common sense has become as rare and elusive as spotting Big Foot knitting a sweater. Thank you West Alabama Delegation. Hey, I’m fair and I’m friendly. If you want to renew the temporary sales tax again for another 10 years put it up for a vote by the people. Don’t sneak it through in Montgomery where we don’t have a chance to vote on it.”

According to a press release announcing the controversial plan:

“Presently, both school systems receive a share of the temporary sales tax that was enacted in 2001 by the Tuscaloosa County Commission. Of that temporary one-cent sales tax, 85 percent must be spent on capital needs. In addition to the benefit of having long term stability in funding, the proposed legislation provides school systems discretion for operational and capital investments. The legislative delegation has worked with both Boards of Education, and in particular, their chairmen in crafting this landmark legislation that meets their needs now and into the future.”

Tuscaloosa County Legislative Delegation Chairman Representative Bill Poole (R) stated, “Our community has a long and storied history of working together, especially when the stakes are high. I am extremely proud of the collaborative effort that has led to this proposal.  We have a unique window of opportunity to address our schools and infrastructure. I am proud that we are working to seize it. This proposed legislation reflects the work of so many across a broad spectrum. By passing this legislation, we can elevate Tuscaloosa County significantly without raising taxes.”

State Senator Gerald Allen (R) said, “This creates a modern framework for using tax dollars where they are most needed: to improve our roads and fund our schools, without raising taxes.”

Wyatt also objects to legislation which would remove the Tuscaloosa County Probate Judge from the County Commission and replace him on the commission with a new commission position.

“How is it decided that all of a sudden we are going to split the Probate Judge’s job and create another position to be handed off like a winning raffle ticket. We are asked to believe we need to create a new position called County Commission Chairman. A $104,000 position. We keep the probate judge position at over $140,000 and add another $104,000. Amazing. If the job has become that taxing and difficult then I propose creating the position of Assistant Probate Judge at a base salary of $60,000. See what I did there? I just saved the county $40,000. I’ll even go a step further. If Judge McCullom is interested in serving longer and wants to seek re-election then I personally will ask the West Alabama Delegation to amend/repeal the state law that requires a judge to step down at the age of 70. That’s the common sense approach. What is not is having a bill sneaked through in Montgomery where we have no say so or vote and we are asked to accept it because we are intellectually diminished and can’t make decisions for ourselves. The commissioners themselves were caught unawares by this subversive tactic. Shameful.”

“In short, I’m sick and tired and tired and sick of having bills introduced and passed by well meaning or just plain scheming elected officials. I’m sick of having elected local and state officials push measures through in a back room or in the dead of night and expect me to like it. I’m tired of the people I supported and campaigned for lose their ever loving mind and transform into mini dictators telling me what’s best because they think it’s best. I’m tired of not having a public hearing, town hall meeting, or a simple conversation before you take my money and strip my right to vote. I’m tired of how these “new republicans” are changing Alabama to fit their needs, but don’t care about the people who put them there. And finally I’m tired of the people I trusted with my vote being bought and paid for and pushing something unsavory down my throat and telling me it’s gourmet cooking. I can read and write and for a lowly tax paying hard working voter can add and subtract without using my fingers and toes. I know when there’s a deal and I know when I’m hearing a spill. I want the right to decide and I want my right to vote. Shouldn’t we all?  What happened?”

State auditor says he is being encouraged to run for governor

Zeigler is term-limited from running for another term as Alabama state auditor.