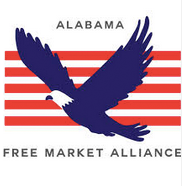 Monday, May 11, the Founder of the Alabama Free Market Alliance Paul Reynolds released a statement opposing the tax package being promoted by Speaker of the House Mike Hubbard (R-Alabama) and his House GOP leadership team.

Reynolds wrote that, “Smaller government should be aspirational, not a fear tactic.”

Reynolds called the assertion that the state needs to raise taxes to match the growth in government spending, “An astounding – and baffling – assertion.”

Reynolds wrote, “Since when is there a requirement in this state that government must grow? Our conservative leaders have done admirable work since 2011 of cutting waste and creating efficiency. However, now is not the time to stop. Obviously, there is more work to be done. The people of Alabama have allocated to our state government an amount certain in each of the previous years. It is incumbent upon those in public office to operate our government within the means of that amount.”

Reynolds said, “Those of us who view smaller government as a virtue look forward to a less burdensome regulatory environment and greater individual freedom. One day soon, we might even be able to enjoy a return of our own hard- earned money in the form of a tax cut.”

Reynolds wrote, “There are ways the state can save money, but it’s going to be tougher than waving the tax wand whereby other people’s money magically shows up in the state’s wallet.”

Reynolds wrote that there are ideas to cut state spending, “Sen. Arthur Orr has a package of bills to reduce the taxpayers’ obligations under the state retirement system. Sen. Shay Shelnutt has legislation to require that individual counties take responsibility for the retirement costs of county officials (why in the world would the State pay for that, anyway?). Rep. Will Ainsworth has legislation to prohibit earmarking of revenue and allow more room for flexibility and better stewardship of tax dollars.”  Reynolds also favors that the state operate a single, unified budget.

Reynolds wrote, “We have a representative democracy. Voters elect someone to go to Montgomery because they are too busy minding their stores, plowing their fields, or taking care of their children. However, here’s the deal that’s struck: the elected official must carry the collective ideals of the voters with them. In the present issue, that means a commitment to not raising the tax burden on Alabama families and businesses.”  Reynolds wrote that if, “The absence of some government program becomes too much to endure, then the electorate will let their representatives know and permit an allocation of revenue to pay for it. Unless and until that unlikely scenario happens, conservative principles should prevail. Having spoken to groups across the state this year, I can say definitively that voters have zero appetite for any tax hikes.”

Similarly, former State Senator John Rice (R) with the Alabama Foundation for Limited Government held a press conference in Montgomery on Monday in which he said that the Representatives in Alabama need to hear from all of us on this matter. “All we ask, is if you feel the state should not raise taxes and grant a gambling monopoly, then call your representative and ask him/her to VOTE NO. Please let them here from you. They really deserve to hear from you.”

Meanwhile Alabama Governor Robert Bentley (R) continues traveling the state campaigning for more revenues. The Governor said, “We are facing a tremendous crisis in our General Fund Budget that will impact every Alabama County if not addressed by the Legislature.”

Gov. Bentley said in a statement on Monday, “I am committed to finding new revenue so our State agencies can continue to provide essential services to Alabamians. For decades, we have failed to address the way our non-education state agencies are funded. With no one-time money available to support the General Fund and debts that are owed, we have a real crisis on our hands. I encourage Alabamians to let their elected representatives know that these cuts are unacceptable.”

The Governor’s $541 million plan to increase taxes on cigarettes, tobacco, banks, insurance, rental/leased cars, car sales, public utilities, etc. appears to have stalled.  Meanwhile Speaker Hubbard is expected to attempt to force his more modest $100 to $150 million tax plan through the House on Tuesday and Thursday in what could be marathon sessions.  Hubbard’s plan supplements the tax package by accepting an offer from the Poarch band of Creek Indians (PCI) of $250 million for an exclusive gambling monopoly in Alabama.

Former State Senator Scott Beason (R-Gardendale) told the Alabama Political Reporter that the State is doing their budgeting all wrong.  They are asking the department heads how much money do you need to keep doing what they are doing and then coming up with an amount or revenue needed to achieve that number.

Sen. Beason said that the State should instead come up with the expected revenue available and then prepare a budget in order of priorities. Beason said that some in Montgomery are using the Obama playbook and are identifying the programs that people actually like and are threatening those programs in order to try to get people in line behind the tax increases.  Sen. Beason is the senior policy analyst for the Alabama Free Market Alliance.

The House is expected to address the Speaker’s plan on Tuesday and Thursday but it faces an unlikely fate in the more conservative Alabama Senate.