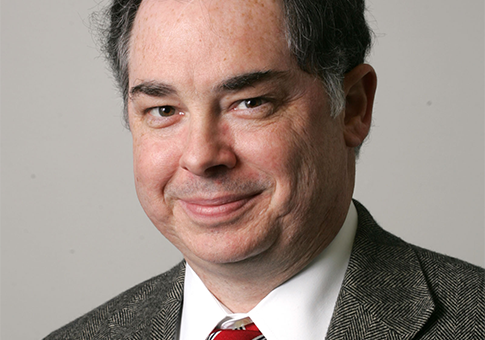 On Saturday, May 17, columnist and Former Congressional Candidate Quinn Hillyer (R) spoke to the Republican Women of Shelby County about efforts to pass legislation to repeal the controversial Alabama College and Career Ready Standards that are aligned with the Common Core.

Hillyer said of Common Core, “This is not the American embrace of competition this is homogenization and it is a bad idea. Instead of testing this in 2 or 3 states they insisted that these standards be adopted nationwide. If this proves faulty, 45 states will suffer and these standards are faulty.”

Hillyer said that, “Various parts of the Common Core standards have been ripped apart even by some of the people put on the committee to develop the standards,” as well by experts in brain development.

The conservative columnist said that the math approach teaches children to make approximations. “Assumptions…approximations are not mathematics…In math it is either right or it is wrong but not in Common Core…It might help them think logically but it won’t help them get the answer…And none of that includes the smut, the poor writing held up as excellent,” in the writing selections.

Hillyer said, “The way to show that Alabama can compete is too have better standards. You don’t win by doing the same thing as everybody else.”  Hillyer said that he supports A.B.E. (Alabama Better Education) standards.

“The Alabama Board of Education should repeal the Common Core standards.  We need to tell the business lobby and the military that we are not going to repeal standards and replace them with nothing.  Alabama’s standards should have clarity – get rid of the gobbledygook.  Make the process transparent.  Provide structured opportunities for parents to have input in the process. Required nonfiction reading should include: the Declaration of Independence, the Preamble to the Constitution and the First Amendment. Crib anything that is useful from the Common Core. Be certain that there is less misuse of information and that a right to privacy is respected. Once we develop our ABE standards we should not treat them as the end all and be all. They are just a tool in our toolbox. Replace the bureaucratic principles with common sense. Give teachers and principals the discretionary authority they need.”

Hillyer said that Common Core opponents need to stress that they are for high standards. “The word has gotten so important to so many people that we can’t get rid of the word.  Say yes to standards but no to these (Common Core) standards.  SB101 which could come before the Alabama Senate in the next few days takes us back to the standards before Common Core.”

“The Alabama Reading Initiative was an excellent program. We were doing things pretty well. There was no need for this one size fits all experiment. They weren’t even tested. The Common Core was dreamed up by educational theorists who will admit there was no hard data to support the standards and instead of urging a couple of states to try them and report back to us in a few years, they came in and said everybody needs to try them.”

Hillyer said, “SB101 is a terrific bill.”  In a conservative State like Alabama we should be able to get a majority of the State school board to repeal the Common Core.  It boggles my mind that we can’t elect a conservative school board. The legislators are not listening because they get the bulk of their campaign contributions from businesses and organizations partnered with the Business Council of Alabama (BCA). I have talked with legislators, legislative aides, and (BCA President) Billy Canary. When I ask why they support Common Core, they answer ‘Because we have to have standards.’  Then I ask them, “Why these standards?  They can not answer what is in these standards or why they are good.”

Committeewoman Collins said that the people need to vote them out. They know that if they can go down there and don’t make any waves they can serve 49 years and be here until they die. “New blood is the answer.”

Shelby County GOP Steering Committee Member Melody Warbington said that she believes that term limits are up to the voters. I personally oppose term limits. That is the people’s choice. You can change things but you have got to get people involved.

Quinn Hillyer writes three columns a week and is a contributing editor to the National Review.

Hillyer said that Gov. Bentley, when he was running, he claimed he is against Common Core. Ask him to put some effort towards repealing Common Core. If you have a good relationship with the governor ask him to please help.

Hillyer said, I want to stress again that it is not enough to be just against Common Core you have to have an alternative.  Every time you talk to a legislator about this say we are against Common Core and we do have standards.  I just want to do them better.

The Vice President of the Republican Women of Shelby County, Dawn Ray asked the group to pray for School Board Member Betty Peters (R) whose husband had recently passed away.