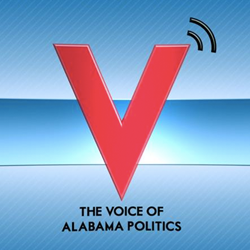 MONTGOMERY—“We are pleased to announce that The Voice of Alabama Politics has returned to ABC 32 in Montgomery,” said The V’s executive producer and host, Bill Britt.

The Voice of Alabama Politics will once again be broadcasting on ABC 32 at 11am every Sunday morning.

“It is no secret that we have taken some advertising hits, because we dare challenge the status quo,” said Britt. “But, that is what journalists are supposed to do, challenge authority, not bend to it.”

Britt and his team have led the investigation into Speaker Mike Hubbard and he has been a constant critic of the cronyism and pay-to-play that has plagued State government under Hubbard’s leadership.

Hubbard and his operatives have made it known that advertising with The V or our publication, The Alabama Political Reporter, would bring on his wrath,” said Britt. “But we are not intimidated by Hubbard or his kind. He will be out of power soon enough…they always go too far.”

The V had to pull back on its broadcasts in Birmingham and Huntsville after Hubbard’s interference with advertisers, but the show is clawing its way back, according to Britt.

The Voice of Alabama Politics can be seen every Sunday on ABC 32 in Montgomery and on Charter Cable channel 80, throughout the State.

Britt says there are new opportunities on the horizon for The V, as well as The Alabama Political Reporter.

"The fact, for anyone interested in true information, is that JBS is and always has been inclusive."