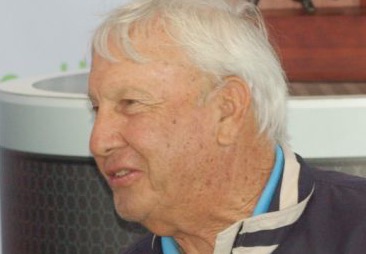 On Thursday, June 18, legendary retired Auburn football Coach and Athletic Director Pat Dye, retired Alabama Power CEO Charles McCrary, and Chairman and the CEO of Harbert Management Company Raymond Harbert have announced that they have formed a foundation to push for passage of an amendment to the Alabama Constitution to bring a lottery and casino gaming to the state of Alabama.

The trio have formed what they are calling the “Alabama Jobs Foundation.” They will make their announcement on Thursday in Montgomery.  Dye, McCrary, and Harbert said in the foundation’s press announcement that a lottery and casinos would provide new revenues for the state and create jobs.

An omnibus gaming plan introduced by Senate President Del Marsh, (R from Anniston) would urge the Governor to negotiate a compact with the Poarch Creek Band of Indians (PCI) to allow the Indians to have Class III gaming in exchange for lawful status and paying taxes.  The Marsh plan would also allow Class III gaming at the four dog tracks: the Birmingham Race Course, Victoryland, Greene Track, and the Mobile Dog Track.  All funds from taxes off of gaming would go to the State General Fund.

They said on their website that, “The Marsh plan will create 11,000 new jobs for Alabama families, have an economic impact of $1.28 billion on our economy and generate more than $400 million annually in new state revenue, enough to solve the state of Alabama’s financial crisis.”

Alabama Governor Robert Bentley is not impressed.  On Wednesday, June 17, he told WSFA’s Michael Doudna that gambling is a tax on the poor and gaming would not be part of the call for a Special Session.  A clearly agitated Gov. Bentley said that gaming is not the solution.

Sen. Marsh has told reporters on a number of occasions that he did not think the Senate would pass tax increases in the upcoming Special Session…….which is necessary to pass the 2016 SGF budget which Gov. Bentley vetoed after the Senate left town; because legislators would not give him his tax increases.

Passing the Marsh Plan would require a vote of the people, which would likely be on March 1…..well into the 2016 fiscal year.

According to their website, the Foundation’s activities will include recruiting additional business leaders to the group, staffing and operating the Foundation, lobbying members of the Alabama Legislature, and funding advertising and public relations campaigns to educate voters.

Gov. Bentley had been asking for business leaders to get behind efforts to pass his unpopular tax package.