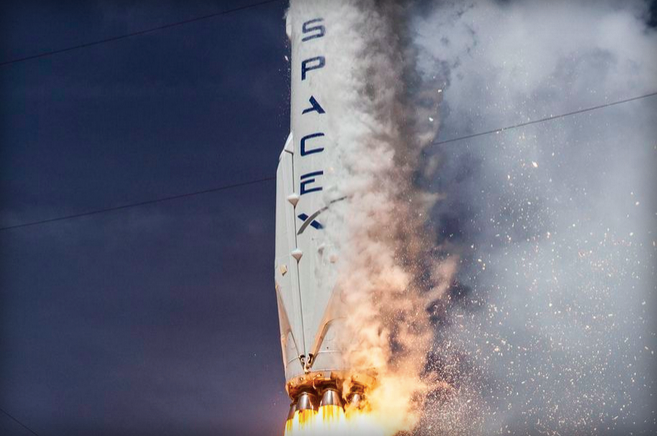 Administrator Bolden said, “We are disappointed in the loss of the latest SpaceX cargo resupply mission to the International Space Station. However, the astronauts are safe aboard the station and have sufficient supplies for the next several months. We will work closely with SpaceX to understand what happened, fix the problem and return to flight. The commercial cargo program was designed to accommodate loss of cargo vehicles. We will continue operation of the station in a safe and effective way as we continue to use it as our test bed for preparing for longer duration missions farther into the solar system.”

Administrator Bolden said that, “A Progress vehicle is ready to launch July 3, followed in August by a Japanese HTV flight. Orbital ATK, our other commercial cargo partner, is moving ahead with plans for its next launch later this year.”

Bolden said that NASA has not lost confidence in SpaceX, “SpaceX has demonstrated extraordinary capabilities in its first six cargo resupply missions to the station, and we know they can replicate that success. We will work with and support SpaceX to assess what happened, understand the specifics of the failure and correct it to move forward. This is a reminder that spaceflight is an incredible challenge, but we learn from each success and each setback. Today’s launch attempt will not deter us from our ambitious human spaceflight program.”

On Sunday, June 28 the SpaceX CRS-7 mission was launched from Launch Complex 40 at the Cape Canaveral Air Force Station, Florida.  The unmanned ship exploded shortly into its flight.

Also on Monday, the National Oceanic and Atmospheric Administration announced that SpaceX’s next Falcon 9 rocket launch on has been postponed.  The launch was supposed to deliver NOAA’s Jason-3 Earth observation satellite to orbit, and was scheduled for August 9th.

Until Sunday’s disappointment SpaceX has had seven successful missions to the International Space Station (ISS), including six official resupply missions for NASA,

The U.S. military uses GPS satellites to provide navigational assistance for U.S. military operations on land, at sea, and in the air. Civilian users around the world also use and depend on GPS for highly accurate time, location, and velocity information. The GPS IIF-10 is a next-generation GPS satellite which incorporates various improvements to provide greater accuracy, increased signals, and enhanced performance for users.  The launch will be the 55th for the Atlas V launch since the vehicle’s inaugural launch in 2002 and the 27th flight of the 401 configuration.  The United Launch Alliance (ULA) has come under fire from Congress for its reliance on Russian built rocket engines.

CEO Tory Bruno testified before the U.S. House of Representatives Committee on Armed Services, Subcommittee on Strategic Forces chaired by Congressman Mike Rogers (R from Saks).  Congress has wanted to move toward American built rocket engines and away from the Russian built RD-180.  Bruno said that the company needed more time to ensure a smooth transition to a domestic rocket engine. “To end use of the RD-180 engine and make commercial investments in a new engine and system that will meet our national launch requirements, ULA needs the ability to compete into the next decade.”  Bruno said, “The House has correctly addressed concern over the RD-180 engine by allowing ULA to use engines already on contract while prohibiting additional purchases, which reflects the original intent of the FY15 National Defense Authorization Act.”

Bruno warned however that a new engine requires six to eight years to develop, test, certify and prepare for operational missions.  Also the new engine would not be a direct replacement of the Russian RD-180 and would require significant booster redesign.  Bruno said, “One cannot just plug a new ‘form-fit-function’ engine into a rocket and expect system reliability.  Neither engine under development by our partners would automatically work as a one-to-one replacement.”

Bruno said that ULA fully supports competition in the launch industry, but warned against giving SpaceX a monopoly because of ULA’s inability to import RD-180s from Russia.

Bruno told Congress, “We welcome competition on a fair and level playing field. However, if the current law is not modified, America will not have assured access to space and competition will have been unintentionally eliminated, giving the new entrant a monopoly.”  “ULA would like to continue its stellar service to our nation’s warfighter and intelligence community, but can only do so if the replacement for the Atlas V is cost competitive.”

Burno said that ULA needs to be able to use all of the engines currently on contract with Russia to allow for a smooth transition to an American-made engine.  Bruno said that ULA plans to retire the Delta IV Medium launch vehicle to eliminate the costs of maintaining two infrastructures and develop an American-made engine that provides 35 percent greater performance over the RD-180

Bruno said, “I am optimistic about the future of space launch, what my company does for this nation, and the great things that come from investing in American ingenuity to advance our space needs.” “ULA is proud of the combined century of Atlas and Delta launch heritage, and we are transforming to continue to be the nation’s provider with a more capable, more affordable next-generation launch vehicle.”

ULA said in a statement that since its inception in 2006, ULA has launched 96 missions with 100 percent mission success. ULA said that the Atlas V and Delta IV rockets are the more powerful and reliable in the world and are the only rockets that fully meet the needs of the U.S. national security community.

Chairman Mike Rogers said in a statement before the hearing, “The clock is ticking – our reliance on Russian rocket engines for national security space launches is ending.  It is not the time to fund new launch vehicles, or new infrastructure, or rely on unproven technologies.  It is the time for the Pentagon to harness the power of the American industrial base, and move with purpose and clarity in order to swiftly develop an American rocket propulsion system that ends our reliance on Russia as soon as possible.”

The problems with the SpaceX launch are an unexpected boost for ULA’s case for their being allowed to continue to import Russian built rocket engines.  U.S. Defense Secretary Ash Carter and Director of National Intelligence James Clapper wrote a letter to Senate Armed Forces Committee Chairman John McCain on May 11 asking that Congress amend federal law so the Pentagon can retain “assured access to space”.

Pentagon officials feared that if anything went wrong with the SpaceX rocket that the U.S. military will not be able to launch satellites into space, without a backup option.  They claim that the military will lose access to the Atlas V and Delta IV rockets without being allowed to continue importing the Russian rocket engines.

In September, SpaceX and Boeing was awarded a $2.6 billion contract to fly astronauts to the ISS and back.  Currently American astronauts have to hitch a ride with the Russians if they want to get into space.  SpaceX’s Dragon rocket was supposed to be the launch vehicle for the Boeing built capsule.  It is not certain at this point how the investigation into Sunday’s launch will affect final development of that manned program.

The SpaceX/Boeing proposal beat out a proposal by Sierra Nevada to fly its Dream Chaser vehicle to the ISS.  The Dream Chaser is currently investigating using the Huntsville International Airport for its landings and either a ULA Saturn V rocket for launch or a very big plane……that hasn’t been designed yet to get it into space. 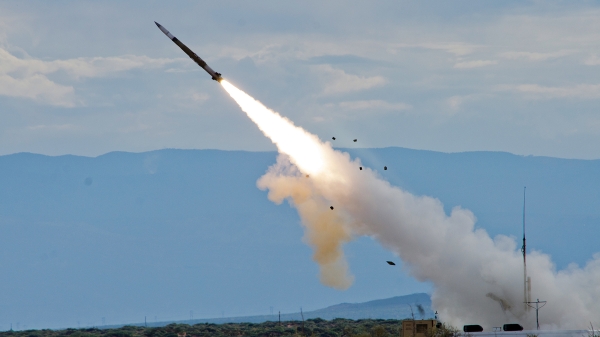