I see numerous children with diabetes and endocrine diseases who are on Alabama Medicaid. In fact, I’m one of the few pediatric endocrinologists in the state that does. As a specialist in Mobile, I also take care of patients covered by Mississippi Medicaid and Florida Medicaid. There is a vast difference between the three programs in the reimbursement to doctors and covered services, both for children and adults.

This disparity is a direct result of funding provided by each state’s legislature. Alabama Medicaid is one of the hardest to qualify for in the country. They are also one of the most efficient – if not the leanest – run operations.

Yes, the state’s $600+ million share matched by nearly $6 billion in federal dollars, provider taxes, and intergovernmental transfers sounds like a lot of money. But let me give you an example of how well Alabama Medicaid manages your tax dollars.

An insurance policy on the healthcare exchange would cost $2,292 for the annual premium and $4,000 out-of-pocket for an 8-year-old boy for a total of $6,292. Alabama Medicaid spends on average $4,474 per covered individual. That means the cheapest private insurance plan available for a child is still 40% more expensive than Alabama Medicaid.

This year, Governor Robert Bentley requested a 20% increase over the previous year’s Medicaid funding. The budget passed by the legislature and vetoed by the Governor had a 5% cut to Medicaid as part of an effort to address a $200 million revenue gap – plus hundreds of millions in other obligations the state owes.

The Governor has called the legislature back for a late summer special session to address the General Fund budget, of which Medicaid consumes more than 37% – and growing. Some are saying to cut Medicaid because it’s “just an entitlement program.” That it is not. Medicaid is the backbone of the healthcare system in Alabama. It pays for more than half of all baby deliveries, and most of the 1-million-plus participants are children.

On top of that, every dollar the state invests in the Medicaid program returns nearly three dollars from the federal government. How would you like that guaranteed rate of return from your bank?

Over the past few years in an effort to trim costs, Alabama Medicaid has been forced to cut too many essential services that are covered by nearly every other state Medicaid program and by private health plans. This growing disparity in access to care for Medicaid recipients is penny-wise and pound-foolish. It is accelerating the cost curve rather than slowing it down.

Every day, I see costly and debilitating complications suffered by children, and hear about it constantly from doctors who treat adults. This is usually caused by a lack of adequate access to effective therapies to help control their diabetes. As a result, treatment for kidney disease, loss of vision, emergency room visits for hypoglycemia, and other diseases are driving healthcare spending upward. With properly funded Medicaid services, we could slow the rate of growth in overall system costs.

So as the debate begins about what agencies or program to cut or what revenues to raise, keep in mind that Alabama Medicaid can’t be an effective steward of your money without the tools to properly manage and contain the cost of chronic diseases like diabetes. Strategically spending dollars now can save many more down the road.

Let’s not also forget that Medicaid is the critical foundation for most hospitals around the state, including my hospital, Children’s Specialty Clinic in Mobile, and the world-renowned Children’s Hospital in Birmingham.

Join me in asking the state legislature to fully-fund Medicaid and continue to implement smart healthcare management that will provide real economic and clinical value to the taxpayers and patients in Alabama for many years to come.

All of our citizens deserve it.

Dr. Anne-Marie Kaulfers, MD is a Pediatric Endocrinologist at Children’s Specialty Clinic, part of the University of South Alabama Health System in Mobile, Ala. 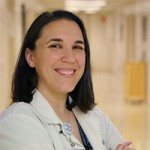