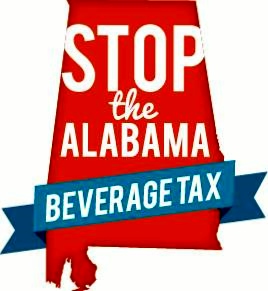 On Tuesday, July 21, the Stop the Alabama Beverage Tax coalition officially launched their campaign to ask Alabama legislators to defeat a controversial Bentley Administration proposal to add an additional tax on the beverages the people of Alabama consume.

The group said in a statement that legislators who are against the beverage tax say it’s a bad idea and they are fighting those who want to raise prices on grocery shoppers to raise money for government.

The  Speaker of the Alabama House of Representatives Mike Hubbard (R-Auburn) said in a statement, “Rather than just picking out and say we’ll do this because it can generate this amount of money… [a soda tax is] the wrong way to look at tax policy.   I don’t like picking winners and losers I don’t think that’s what we need to be doing.”

The Coalition of Alabama businesses and consumers claim that a tax on beverages will cost Alabama jobs, raise prices and hike grocery bills

Alabama Governor Robert Bentley (R) is asking the legislature to give him an additional $310 million a year to prop up the State’s troubled general fund (SGF).  The proposed tax on common grocery items, like soda, juice drinks, sports drinks, coffee drinks, teas and other beverages is one proposal offered by the Governor in his call for a special session to grow the size of the SGF to $1.9 billion a year.

The Executive Director of the Alabama Beverage Association Virginia Banister said in a statement, “A soda tax will costs jobs, hurt our small businesses and raise grocery bills at a time when Alabama families are still recovering from a struggling economy.”

Director Banister said, “Stop the Alabama Beverage Tax believes consumers are burdened enough with taxes– there couldn’t be a worse time to risk jobs and force taxpayers to pay higher prices at the grocery store.  We intend to deliver this message loud and clear to lawmakers.”

The group warned that a beverage tax could raise prices from 25 percent to 65 percent on products. The Coalition wrote that this is unfair especially to low-income individuals and working families trying to make ends meet.

The industry groups wrote that, “People do not support taxes on common grocery items like beverages. Once they tax soft drinks, they will go after other items in our grocery carts. What you eat and drink and feed your family is your choice and not the government’s.”

They group warned that Alabama small businesses such as restaurants, grocery stores, corner stores and others create many of the jobs in the state and increasing the tax burden on businesses will force some businesses out of business.  It will also hurt the bottling companies that have provided thousands of jobs in Alabama for generations.

Kenny Smith, owner of L&S Foodland in Ardmore, warned that a beverage tax will cost him customers and sales at his grocery store only a mile from Tennessee. “We operate on the state line. This tax will be detrimental to our business and our customers who will just travel to Tennessee to buy their groceries.”

Legislators are trying to decide whether to raise revenues or cut spending to deal with Alabama’s projects $198 budget short fall in the SGF.  The Special Session will come out of recess on August 3.

It is likely to be the largest education budget in the history of Alabama.