Thursday, August 20, US Senator Richard Shelby (R-Alabama) was at The Club in Birmingham, to speak to the Greater Birmingham Young Republicans at their annual summer luncheon.

Shelby began by praising Alabama Republican Party Chairman Terry Lathan: “She is determined to make the Republican Party Stronger, and more viable that it has ever been.”  Shelby told Lathan, “I am proud to work with you.”

Sen. Shelby said, “When I grew up, I did not know a Republican.  My parents really liked Dwight Eisenhower (R) and supported him when he ran for President. Eisenhower was the first President I voted for. That was a bid deal then. I have never voted for a Democrat for President I can tell you that.”

Shelby said, that 2016 is most important election in our lifetimes. “We are either going to tilt one way or the other, and the country has been leaning left recently we need to tip it back to the right. 2016 is going to be the tipping point.”

Shelby said, “Who is going to be the nominee (for President)? Any of them will be better than what we have.”  2016 is important for the Presidency it is also important for keeping control of the House and for keeping control of the Senate.  In the Senate 24 Republican Senators are up for re-election and just 12 Democrats so it is going to be hard to maintain control, but we can do it.

Alabama’s senior Senator said, that he is market driven. “I don’t like big government, and I don’t like big business either…when they get so big that we have to prop them up.”

Shelby said, “I know Hillary, but I question does anybody really know her?  She has taken a lot of cuts. People are starting to wake up.”

Shelby said, “Young Republicans, you are going to be the future.”

Shelby said, “I wouldn’t remove them. We need to reach out. We have got to have a big tent. We are bringing in legally about a million folks each year legally.  They are going through the immigration process and there are growing minority populations in this country. We should be reaching out to these people, because that is what America stands for.”

On the pending nuclear weapons agreement with Iran, Shelby said, “I am voting No. I believe all of the Republican will vote no. We will win the first round. Then the President (Obama) will veto our rejection of it.  There are 54 Republicans we need 13 more to override the President’s veto.  Schumer and Menendez both has said they are voting no. It is a bad deal. Obama was chasing the deal and Kerry was hoping to win a Nobel Peace Prize, which doesn’t really mean anything. You can count on me to oppose that.”

Shelby said, “We really need massive tax reform. 50 percent are paying no income tax.  5 percent of the taxpayers are paying 74 percent of the income tax.  Everybody should pay something. If I was czar, like the Romanovs were, I would abolish the income tax. We existed over a hundred years without an income tax.” Shelby said, that he would prefer a national sales tax; but that is not going to happen.  A flat tax would be one heck of an improvement over what we have now.  Of the IRS Shelby said, “You can’t trust them.  Look at what they did to conservative groups trying to get tax exemptions. A Republican administration would be in jail.”

Senator Shelby said, “This is a great nation.  This is our nation.  It is worth fighting for.  I worry about the debt of our nation.  We are over 18 trillion in debt.  How are we going to pay the debt?

Shelby said, “We have got an administration that is left of senator that is going to do everything it can by decree for the next 18 months.”

Senator Shelby was introduced by Alabama Secretary of State John Merrill (R) who thanked Shelby not only for his service but also for the example he has set and for his influence on Merrill’s life.

Chairman Jackie Curtiss said, “This event would not be possible without Richard Shelby.”

Curtiss said the GBYR are focused on taking back Jefferson County next year.  Curtiss vowed to canvass Republican areas like Gardendale, Trussville, Over the Mountain and get those people registered and get them to the polls on election day.

Republican National Committeeman Paul Reynolds said that the RNC is like one of those old balloons with a weight in the bottom of it: you knock it down and it gets back up.  There are four legs to the Republican Party: the RNC, National Republican Congressional Committee (NRCC), the National Republican Senate Committee (NRSC), and the Whitehouse effort.  Anytime anything goes wrong it is the RNC which takes all the flack.  If Boehner or McConnell do something wrong some old lady in South Alabama will call up the RNC and say I am not giving any more money until you get rid of that person.  That is not the way it works.

Reynolds praised RNC Chairman Reince Priebus: “The RNC is collecting between $9 and $13 million a month. We have boots on the ground in every state working for 2016.”

Alabama’s RNC Committeeman Reynolds said that Vickie Drummond is the RNC national committeewoman.  Together with Chairman Lathan we represent you on the Republican National Committee.

Chairman Curtiss said, “Paul is up for reelection next year: remember how kind he has been to us.” 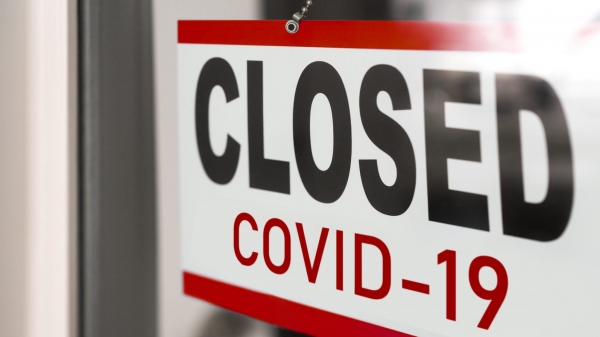