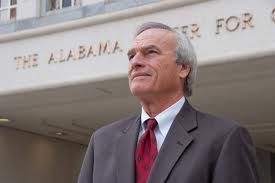 Friday, October 2, Alabama Governor Robert Bentley (R) announced changes to a new leadership team for the Governor’s Office, with the goal of continuing to serve the citizens of Alabama, by creating jobs and making State government more effective and efficient.

Governor Bentley said in a statement, “Each member of our senior executive staff plays an important role in helping me serve the people of this state.  Our team brings a wealth of knowledge and experience, as well as a heart for the people of we serve, to the Governor’s Office. The leadership team will work to strengthen our efforts to make Alabama stronger and better for all Alabamians.”

Administration Chief of Staff Seth Hammett is leaving the cabinet to return to the private sector.
Gov. Bentley said, “I appreciate Seth Hammett’s service as Chief of Staff, and his dedication to serve in my administration.  We made great strides in economic development and workforce training during the 2015 Regular Session, and I appreciate Seth’s guidance and experience in both fields.”

Seth Hammett said, “I want to thank Governor Bentley for his trust in me and the opportunity to serve as his Chief of Staff over the last year.  Under his leadership and direction, we have made many improvements the way State government operates and have tackled many difficult issues together.  It has been a richly rewarding experience to serve in this capacity and once again, work for the people of this State.”

Governor Bentley is forming a new leadership management team responsible for carrying out the core operations of the Governor’s Office.  The team will be co-led by Deputy Chief of Staff for Administration Blake Hardwich and Deputy Chief of Staff for Policy Jon Barganier.  Barganier will serve as the primary point of contact for the Governor’s Office.

Seth Hammett was a longtime Democratic member of the State House of Representatives and was the last Democratic Speaker of the House.  As Speaker Hammett was able to cobble together votes.  Those abilities were tested in the Bentley administration which was trying to get Republicans and Democrats to come together behind a plan to raise taxes by as much as $550 million a year.  That went nowhere.  Most Democrats opposed the tax increases because the program did not include a lottery or Medicaid expansion.  Most Republicans opposed the tax increases because it violated their core principles of small government.  In the end only $82 million in tax increases were passed…much less that the $150 million a year in trust fund budget raid money that ran out in 2015.

Many Republicans were critical of why Bentley would invest so much power in any Democrat and felt that Alabamians elected Republicans to lead so top jobs should go to Republicans.