The long awaited TPP agreement has been made public and still no one has read it; not because it is secret anymore but rather because at 5,554 pages it is roughly 4.5 times the length of the Bible.  Just as the myriad of Christian denominations and sects can debate what this or that passage of the Bible actually means there is no telling what the highly paid international lawyers of the 22 governments involved in this will interpret from the Trans Pacific Partnership once it is actually binding international law.  U.S. Senator Jeff Sessions (R from Alabama) has read it (at least what one could read of it in the few hours that it has been public) and he said that it confirms his fears.

On Thursday, November 5 Sen. Sessions said on the floor of the Senate; “The text of the Trans-Pacific Partnership runs 5,554 pages.  This is, by definition, anti-democratic.  No individual American has the resources to ensure his or her economic and political interests are safeguarded within this vast global regulatory structure.  The predictable and surely desired result of the TPP is to put greater distance between the governed and those who govern.  It puts those who make the rules out of reach of those who live under them, empowering unelected regulators who cannot be recalled or voted out of office.  In turn, it diminishes the power of the people’s bulwark: their constitutionally-formed Congress.”

Sen Sessions said that, “Among the TPP’s endless pages are rules for labor, environment, immigration and every aspect of global commerce – and a new international regulatory structure to promulgate, implement, and enforce these rules.  This new structure is known as the Trans-Pacific Partnership Commission – a Pacific Union – which meets, appoints unelected bureaucrats, adopts rules, and changes the agreement after adoption.”

Sessions warned, “These 5,554 pages are like the Lilliputians binding down Gulliver.  They will enmesh our great country, and economy, in a global commission where bureaucrats from Brunei have the same vote as the United States.  Clearly, powerful forces will have their voices heard and find ways to profit immensely from this conglomeration.  But what of everyday wage-earning Americans?  By nearly a 5:1 margin, they believe such deals reduce wages – not increase them.  Because this deal lacks currency protections, it will further the bleeding of U.S. manufacturing jobs overseas, allowing our mercantilist trading partners to take advantage of our continued refusal to protect our own workers.”

Sessions said, “This is not a mere trade agreement.  It bears the hallmarks of a nascent European Union.  It is another step towards a world where people, goods, and services can travel freely across international boundaries – and a world where those boundaries mean less and less every day.  Yet, because Fast-Track – or so-called Trade Promotion Authority – was adopted (without a single vote to spare), we cannot amend this deal, we cannot filibuster this deal, and we cannot subject it to the two-thirds treaty vote.  That is why I am calling today on our leaders to take the TPP off of the Fast-Track.  The vote should be held under regular Senate and Constitutional order, and it should be held when voters can hold their lawmakers accountable – not during an unaccountable lame duck session.”

The globalists hope to rush TPP passage through so that most of the public is never even aware that it is being debated.

Senator Sessions has long been a vocal opponent of the TPP and the secretive manner in which it has been negotiated.  China and Russia have both been mentioned as possibly joining the original 22 countries in the Trans Pacific Partnership. 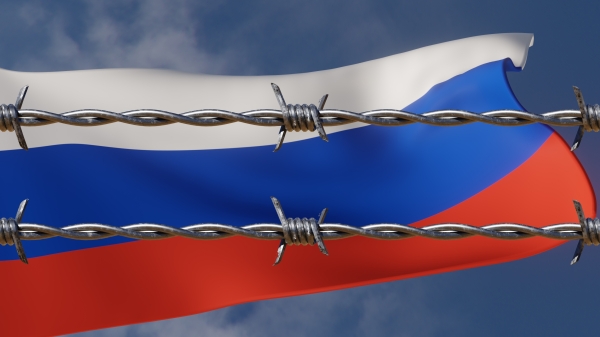