Second, an analysis by the Alabama Law Enforcement Agency determined that closing 31 DMVs offices saves only $100,000.  That’s because the Agency will retain all its personnel.  One hundred thousand dollars is no reason to inconvenience hundreds of thousands of Alabama citizens in 28 counties.  This is especially true when the Agency receives about $12 million more from increased driver’s license fees.  It’s not about revenue.  It’s not about budgets.  It’s all about politics.

Third, if the closings were really about revenue or budgets, a number of state-owned-and-operated liquor stores would be treated differently.   They closed some that are making a profit.  They left open some that are losing money.  Close just one that lost $75,000, and the $100,000 deficit is nearly wiped out.  Of course, there is no need to close any state liquor stores, and I want all of them to remain open.  The Governor’s people stated that they don’t want to inconvenience citizens by having them drive to the next county for a bottle of liquor.  However, they are willing to make poor people pay others to drive them to the next county for a driver’s license.  It’s not about revenue.  It’s not about budgets.  It’s all about politics.

Sixth, the Governor moved aggressively to close 31 driver’s license offices.  When people in and out of Alabama reacted strongly against these senseless closings, he implemented a feeble alternative of opening DMVs one day a month in each county.  If we wait for 30 days and miss out the day the DMV people come to town because the line is too long or other reasons, then we wait another 30 days for a total of 60 days and so on.  The alternative is to pay someone to take us to another county.  One day a month is way too little.  It’s not about revenue.  It’s not about budgets.  It’s all about politics.

Eighth, some say the Governor plans to evaluate the closings.  He should have performed the evaluation before the closings.  To do a fair evaluation, he should re-open all offices.   Some speculate that the politics is about reducing the voting of African Americans.  Others speculate that it’s about punishing lawmakers for not supporting the Governor’s revenue proposals.  These closings do not punish legislators; they punish citizens.  Whatever the politics, it hurts all Alabama.  And that makes bad politics.  It’s not about revenue.  It’s not about budgets.  It’s all about politics, politics, politics.

In politics, as in life, we often camouflage our real motives for certain actions.  Our challenge is to see beyond these camouflages to grasp the unvarnished truth.  When we know the truth, we must act on that truth.

The new system will allow citizens to pre-apply for a driver's license and fill out the required information prior to visiting a local driver's... 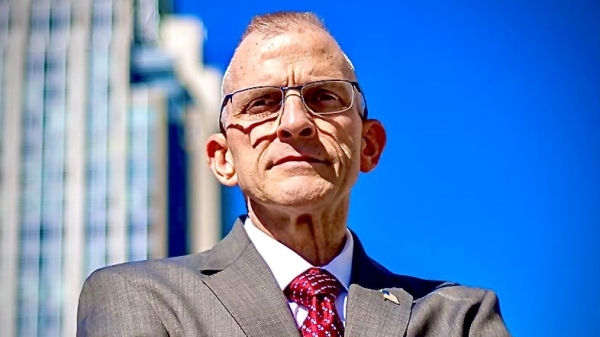 Piggott is commander of the Alabama Law Enforcement Agency’s Highway Patrol Division Troop A in Mobile.