In April of 2015, I joined a group of volunteers in Montgomery to demonstrate in favor of HB 141—a bill that would generate revenue for the Alabama Housing Trust Fund.

If you’re unaware, a housing trust fund is a dedicated source of revenue used to provide affordable housing and address other issues related to homelessness or low-income housing situations, and it’s desperately needed in our state.

In my hometown of Anniston, people making minimum wage can’t afford a market-rate home. Here, a 1-bedroom apartment rents for roughly $515 per month. But someone making $7.25 an hour can only afford to pay $377 per month. That’s a difference of $138—one that forces low wage workers to make a hard decision concerning what they will pay for month to month, like food or medicine, so that they can keep a roof over their heads.

The resolution to create a trust fund in Alabama was passed in 2012. However, for some reason or another, no actual means of funding were ever secured. Alabama is one of 6 states that doesn’t have revenue for its housing trust fund. HB141 was written to change that.

Last year my friends and I set up tents, sleeping bags, and make shift shelters out of cardboard boxes. We accompanied our display with signs reminding passersby of the reality — that men, women, children, workers, and veterans were actually living in these conditions.

We promoted the belief that hardworking Alabamians should be able to pay their rent and still afford to put food on the table, that all children need a safe place to call home, and that the men and women who defend our country deserve to return to a safe and affordable home.

We stopped at every single office in the State House to encourage our representatives to put their support behind the bill. We had a strong, clear message and good momentum. And yet the bill died in committee.

So here we are in 2016, a new legislative session just opened, and HB141 will be soon be introduced again. And just like last year, I, along with hopefully many others, will be traveling to Montgomery to advocate for this bill. With enough support, it could make it to a vote and become law. But it won’t happen unless more citizens get behind it.

If you watched Governor Bentley’s very optimistic State of the State Address, you might feel at ease about the health and well being of Alabama, and you wouldn’t exactly be wrong. Despite many obstacles, we’ve seen a lot of progress. But that doesn’t mean everything is sunshine and rainbows. There is a lot of work to be done, and funding the Alabama Housing Trust Fund is a strong step in the right direction.

If you’d like to be an active participant in advocating for HB141, email Matthew at [email protected] or visit www.alabamahousingtrustfund.org 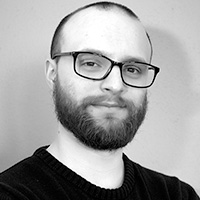