On March 1, when many Alabamians go to the poll to cast their votes for a favorite presidential nominee and other primary candidates, there will be a single constitutional amendment on the ballot (Amendment 1) that should save the State as much as $200 million over the next thirty years.

Endorsed and supported by the Retirement System of Alabama head, Dr. David Bronner, Amendment 1 revamps our retirement plans for judges, district attorneys and circuit clerks. The judicial retirement fund is just 58 percent funded and in need of an overhaul. Its cost to the taxpayer has more than doubled in the past 10 years. Furthermore, DA’s currently contribute nothing for their retirement and clerks have a confusing plan in need of restructuring. Only those elected for the first time in the November 8, General Election will be affected by these changes.

It is important that we attract high quality judges to the bench. Fortunately, Alabama judges are in the top 20 of states in salary compensation based on a cost of living index. They currently are able to receive a full retirement of 75 percent of their final salary (averaging $146,000 for trial judges) after 3 terms (18 years) of service. The new law, if approved by the voters, raises the minimum age to 62 in order to start drawing any retirement benefit. By raising the minimum age for a number of retirees, significant cost savings are realized. Certainly other legal career options are available for anyone leaving the bench before they reach the minimum age.

As stated above, district attorneys currently contribute nothing toward their retirement under the supernumerary system developed years ago. The new law would require a contribution of 8.5 percent from their salaries—salaries that even exceed those of trial judges by statute. Further, circuit clerks would have to contribute more of their salaries as well. A minimum age of 62 is also invoked to save on early retirements after years of service.

We are grateful to those leading the judicial branch of government and for their service to our State. But like new state employees and educators who saw their retirement plans changed in 2012 (estimated to save $4 to $5 billion over 30 years), we must recognize the financial realities surrounding the state’s long-term retirement commitments. Retirement plan participants are living longer and poor market returns have increased the unfunded liabilities. By putting newly elected individuals in a new plan, the estimated cost savings that could approach $200 million would help the financially distressed general fund and, indirectly, our State’s education budget. By approving Amendment 1, voters would help shore up the retirement plan of these important people in our judicial system but, more significantly, the taxpayers who fund our State government will reap the greatest savings. 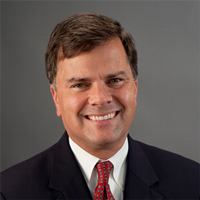