Frankly, I was in Bernie’s corner. I knew he was a long shot. And he was.

Hillary Clinton clearly has dominated the Democratic presidential race. That’s fine. She knows what she’s doing, and it’ll be great to elect a woman president. She will be elected.

On the Republican side, you have Donald Trump, a true idiot and xenophobe and racist and bigot. He’s dominating those primaries. Marco Rubio has suspended his campaign after losing Florida. So be it.

And Ted Cruz, whose slogan is “TrusTed” should better be described as “DisgusTed.” He’s worse than Trump, and that’s pretty worse.

American voters have one choice: Hillary Clinton. No, she’s not the greatest candidate. She’s got baggage. But one baggage she doesn’t have is she’s not Trump.

Do we want this as president? Of course not. Imagine Donald Trump with is finger on the nuclear button. We might as well have North Korea’s Kim Jong-un. Seriously, idiots know no nation. They’re idiots no matter where they are. Kim Jong-un is an idiot. So is Donald Trump.

Trump will likely win the Republican nomination. And that’s fine, because Republicans are so far in outer space that they deserve Trump. He’s the Angry White Man’s candidate. But he’s not going to be president. The American people will not elect him.

The Republicans have lost their party. They no longer have a platform anybody who isn’t crazy can endorse. They’re so far right, they’re off the spectrum. They’re mean, and ugly, and unsound. That’s what they are.

And if you support them, you have to account for it.

Hillary may not be the best Democratic candidate – I think Bernie Sanders is – but she is far above Donald Trump or Ted Cruz.

And don’t give her crap because she is a woman. 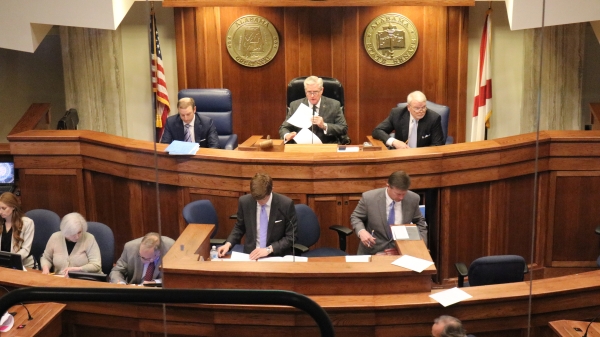