On Memorial Day, Congressman Gary Palmer (R-AL) remembered the sacrifices of the brave men and women of the United States Armed Forces:

“A single moment can change a person’s views on the world and the people around them. April 28th, 2010 did that to me. On that day, in the Helmand province of Afghanistan, Lance Corporal Thomas Rivers, Jr. gave his last full measure of devotion. Rivers was a team leader with 1st Squad, 1st Platoon, Alpha Company, 1st Battalion, 2nd Marines Regiment.”

“As he did every morning, LCpl. Rivers’ father, Tom, finished his morning Bible study and had prayed for Thomas. Just after 7am, he was in the kitchen making coffee when he heard the sound of a car door shut in front of his home. When he looked out, he saw three Marines walking to his front door.”

“Both Tom and his wife Charon knew what the Marines’ visit meant. It meant another sacrifice had been made by another American solider. LCpl. Rivers wasn’t the only one who made a sacrifice; his family had placed a precious gift on the bloodstained altar of freedom. This time, it was their son.”

“LCpl. Rivers died of injuries sustained from an Improvised Explosive Device (IED). He was on the mission that day because a Marine in his company who had just gotten engaged had been up late celebrating with his friends. Rivers knew he was tired so he told him he would take his place.”

“Along with members of the 1st Squad, LCpl. Rivers was carrying out a mission to prevent the enemy from firing on Patrol Base Sofla. According to the account of Cpl. Daniel A. Blatter, “Rivers set up security in a compound just north of Sofla after covering watch for a fellow Marine moments before. When he took over watch, he triggered an anti-personnel improvised explosive device.”

“While other members of his squad held security, three of his best friends, including another team leader LCpl. Matthew Proctor, rushed to his side to give aid. As LCpl. Proctor held his hand, he and Proctor recited Rivers’ favorite scripture verse from Psalm 91: He who dwells in the shelter of the Most High will rest in the shadow of the Almighty.”

“In an interview two weeks later, Proctor said that Rivers was not only one of his best friends, but also a spiritual mentor to him. Together they had started a Bible study in an effort to reach out to fellow Marines to help them any way they could. But he also said that the best part about Rivers was his warrior-like attitude. Proctor said, “… as Marines, we are all warriors, but Rivers stood out among us all. He was one of the best team leaders in the battalion. And I know for sure, the best team leader in Alpha Company.”

“Soldiers never really die alone. Somewhere there are moms and dads, brothers and sisters and other family and friends who die a little too. American soldiers pride themselves on being a “band of brothers,” but they are more than that, they are a band of families, especially when one falls.”

“Our country needs young men like Thomas Rivers, but not just to fight our wars. Men like Thomas and his friend Matthew Proctor have something that is missing from our national character and that is the willingness to sacrifice their own interests for the good of others. LCpl. Rivers knew the danger involved and he knew he could stay out of harm’s way that day by simply allowing the exhausted Marine to participate in that mission. Instead, he took his place.”

“If that were all there was to this story, it would be enough. But there is more.”

“As the funeral procession drove down I-65 to the Alabama National Cemetery located at the American Village just east of Montevallo, people lined the interstate overpasses holding signs and waving flags in tribute. They lined the sides of the highway leading to the cemetery where more waited for his arrival.”

“Dave Lewis, a minister at Briarwood Presbyterian Church and a retired Marine, said, “I have been very concerned about the future of this country. But seeing all those people that came out to honor this young man has made me realize that at our core, we are OK. We are still Americans.”

“I hope Dave Lewis is right about the country. I hope we are still a people willing to do the hard work of restoring strength and vitality to our nation, willing to get involved and give of our time and resources to make a difference. I hope there is still a measure of patriot blood flowing in our veins and we still hold that there are “self-evident” truths worth fighting and dying for.”

“Because of LCpl. Rivers, Memorial Day means more to me now, not just because he is the first casualty from the War on Terror to be buried at the Alabama National Cemetery, but because he was also the son of a friend of mine. Memorial Day will not be just another day off work; it will be a reminder of the high price LCpl. Rivers paid and that his family and other service men and women and their families have paid and continue to pay to allow this nation to live in liberty and safety.”

“As I visit the Alabama National Cemetery this Memorial Day, I hope and pray that there is still enough courage left. As someone else said, we cannot expect to be the land of the free unless we are the home of the brave. In that regard, there was no question about Thomas Rivers.” 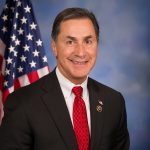