MONTGOMERY—Perhaps the most damning piece of evidence in the trial of Mike Hubbard, was the proffer he signed in March, 2014. Certainly, when Lead Prosecutor, Matt Hart, revealed that Hubbard’s dead “close” friend was actually alive, that was the final nail in his coffin.

After Hubbard, the State called Senate President Pro Tem, Del Marsh, its only rebuttal witness. However, there were other rebuttal witnesses on hand, but the State must have realized the jury had enough information to decide the case. Those in waiting were, former House Rep. Blaine Galliher, Hubbard’s former Chief of Staff, Josh Blades and State Ethics Commission’s chief counsel, Hugh Evans, III.

Galliher, it is believed, would have given testimony about American Pharmacy Cooperative Inc. According to sources close to Galliher, his testimony would have contradicted that of former State Health Officer and current CEO of the Hospital Association, Dr. Don Williamson.

On the third day of Hubbard’s trial, a series of witnesses made it clear that Hubbard was intimately involved in placing language into the Medicaid portion of the General Fund Budget, that would give his client, APCI, a monopoly over the multi-million dollar Medicaid pharmacy business. But Williamson’s recollection of events was very different than others who testified, including Blades and Medicaid Commissioner Azar. Azar’s testimony contradicted what Williamson said on the witness stand.

Galliher was privy to much of the upheaval that followed, after it was learned Hubbard had a $5,000 a month consulting contract with APCI.

During his testimony, Hubbard’s recall most closely aligned with Williamson’s, but not the others. It is believed Galliher and Blades would have confirmed the events recounted by those who said Hubbard was involved in placing the language in the budget favoring APCI.

It turned out neither Galliher’s or Blades’ testimony was needed for the jury to find Hubbard had unlawfully received a thing of value from APCI, and that he also violated the law when he voted for the budget measure with the 23 words favoring his paying client.

It is also believed that Blades was also on deck in the Lee County Courthouse, to counter Hubbard’s testimony about a patent he helped secure for CV Holding Inc., Chairman Bobby Abrams.

Reportedly, Evan’s was to give testimony about Hubbard’s contract with Southeast Alabama Gas District (SEAGD) which paid Hubbard $12,000 a month in consulting fees. Evan’s had penned the informal ethics letter that Hubbard’s legal team argued he was cleared to work for the Gas District. Evan’s was also present at the meeting Hubbard had with then Ethics Director Jim Sumner, in which Hubbard explained his role with APCI. Hubbard was not found guilty on counts relayed to SEAGD.

There has been much Monday morning quarterbacking on why the State did not call former Rep. Greg Wren, or lobbyist Ferrell Patrick. Perhaps one day the prosecution will make its reasoning clear.

Wren was given a suspended sentence with two years probation for his role in placing the 23 words in the budget to give APCI the Medicaid monopoly. Wren’s probation would have been completed before Hubbard was brought to trial on May 24. It is believed the prosecution didn’t see an upside to calling Wren or Patrick, given the many witnesses who had altered their testimonies to fit a narrative favorable to Hubbard’s defense. Or maybe, they just didn’t need them.

There is little doubt that Hubbard’s proffer, and his dead friend who rose from the grave was his final undoing. But just in case, Hart had more ammo in his arsenal.

Hubbard is scheduled to be sentenced to State prison on 12 counts of felony public corruption on July 8. 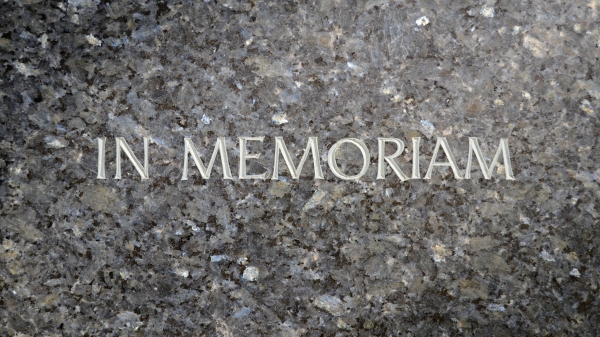 As the new year approaches it is time to pause and remember those who were lost in 2022.