An atomic bomb of sorts was dropped on Alabama on June 10th when a jury in Lee County found Mike Hubbard guilty on twelve counts of public corruption. The judge will impose sentencing early next month which could, most likely, include prison time. Finally, it can be said aloud that Mike Hubbard really was a crook after all, even though lone cries from people like Congressman Mike Rogers have been silenced.

Mr. Hubbard’s culture of greed and his penchant for annihilating his detractors at all costs will be felt in Alabama for a long time to come. The citizens of the state will be burdened with the aftermath–paying for the trial, wrestling with how to trust state leaders again and convincing potential investors from outside the state that Alabama has finally take down the “for sale” sign.

We now know Hubbard’s 2010 farce called “Handshake with Alabama” was merely a shakedown of Alabama where he lived two lives. One was the public Mike the Reformer who wrestled control of state government from the Democrats and promised a new day of reform and tougher ethics laws. The second was the real Mike the Knife who spent sleepless nights scheming to secretly get rich from his tenure in the Speaker’s office and how to,punish his dissidents. Sadly, Mike is talented and smart, which made him more dangerous as a public official. That, and cozying up to his mentor and “friend” Bob Riley made for a wicked and toxic elixir of greed.

And now we are faced with the election for a new Speaker of the House. Some lobbyists are scurrying to find someone they can own for the remainder of Hubbard’s term. Some of the lobbyists who weren’t on the “inside” just want a person who will be fair and honest. Many names are floating around, but the people would be better served if the successor promises to have an open door policy that includes Democrats. A super-majority stranglehold by the GOP has invited a lack of accountability and clandestine backroom deals. Most important is that the new Speaker is not a cozy friend of Mike Hubbard or the Bob Riley CABAL.

The on-line news source AL.com recently published its list of winners and losers from the Mike Hubbard verdict. Most of the list was on point, but the choice of “The People” as the number one winner is flawed. We were really the number one loser because Emperor Hubbard was given license by his legislative minions to continue his reign of tyranny and theft long after he was indicted. We lost because the nation chuckled that the chiefs of all three branches of state government were and are under investigation for various and sundry allegations.

Now that Hubbard is gone, perhaps the public may once again be provided with fair, accurate and complete reporting of the news. The mainstream media truly ignored its duty to expose the greed of the Speaker out of fear of reprisal. He denied access to reporters who attempted to cover the news he didn’t like. But those days are gone, and we are better off for it.

Let’s hope Alabama’s reputation as the “Pay to Play State” can be mitigated. Maybe lobbyists will now fear the repercussions of skirting the ethics laws. Maybe legislators will turn over a new leaf and not sponsor stinky proposals like no-bid prisons and robbing the education trust fund. Maybe the business community will realize the Business Council of Alabama is no longer the preeminent trade association in the state. Maybe small businesses can now submit state bids and have a fair shake at getting the job. Maybe Disingenuous Don Williamson will repent for his false onset of dementia in the courtroom. Maybe Robert Bentley will awaken from his delusional dream (our nightmare) that seductress Rebekah Mason is respected and effective outside of his love chamber. Maybe Bob Riley will now admit he is no longer the beloved Patriarch of Alabama following his ridiculous witness stand theatrics and his unending schemes of personal enrichment.

And maybe those who had the courage to call out Mike Hubbard for what he truly was and is can find solace in the outcome of the trial. Yes, our own version of the Reverend Jim Jones was forced to give up his throne, and the barrels of poison punch have been taken away. For those too young to remember Jonestown, just know it’s safe to sing “Ding dong, the witch is dead.”

If these maybes above become reality, cleaning up from the Lee County atomic bomb will be well worth it. We must begin the process of rebuilding the state on a solid foundation of ethics and trust. Maybe this is written by a hopeless optimist who has confidence we can now address the many inadequacies plaguing our once-great state. 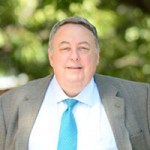