MONTGOMERY—An email from State Representative Johnny Mack Morrow (D-Red Bay), in which he extends an offer from members of the Alabama Rural Caucus, to host an event, “to discuss openly and freely, the selection of a new Speaker of the House,” was sent out yesterday.

Disgraced former Speaker, Mike Hubbard, was removed from office after he was found guilty of 12 felony counts of public corruption. Since his conviction and removal, jockeying for the top spot has been an issue of grave concern among Republicans and Democrat House members.

The Rural Caucus is the only bi-partisan group in the Alabama House of Representatives, a rare refuge in a time of bitter party divides. Rep. David Standridge (R-Hayden) serves as Chairman of the caucus and Morrow as Vice Chair.

Morrow, who has served under three Speakers, said in his email, “A void in leadership during the best of times is not good! However, a void in leadership at a time when our State is facing extremely critical issues, in my opinion, can be devastating!”

He further states, “It is being speculated that we will soon be called into a special session. Issues that will certainly be in the call will be very critical to rural Alabama! We have no Speaker. Our Governor is facing impeachment and/or a possible indictment. It is critical that we choose a Speaker quickly who will be strong yet fair to all members.”

“Strong and fair” is a cry heard on both sides of the aisle after Hubbard’s dictatorial reign. But there is apprehension that the next Speaker will be elected secretly only by Republicans.

State law requires the full House elect the Speaker, but this was Hubbard’s way of keeping Democrats from influencing the process.

Morrow concludes by writing, “If you would like such a program to be scheduled then please email one of the above officers and tell them of your wishes. After the results are in I will recommend to Chairman Standridge that we schedule such a meeting or not.” 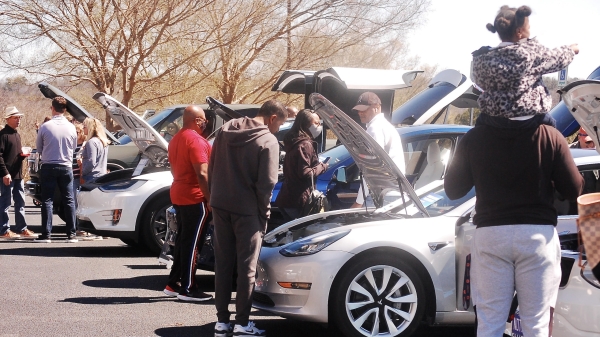