Words are powerful. They can inspire hope or fear, pride or prejudice. Words can heal or destroy. As Nathaniel Hawthorne wrote, “Words—so innocent and powerless as they are, as standing in a dictionary, how potent for good and evil they become in the hands of one who knows how to combine them.”

Alabama is not at a crossroad. We are at the edge of a cliff, where real leadership is desperately needed to keep the government from falling into the abyss.

Our State is currently lead by a Republican supermajority, which rose to power in “The Campaign that Liberated Alabama from 136 Years of Democrat Rule,” according to the book written by, now convicted felon, Mike Hubbard. The self-proclaimed architect of the takeover was a liar and a crook, but in his vanity publication, he at least credits Minda Riley Campbell and Phillip Bryan for the creation of the slogan, “136 years is enough.” We now know Hubbard built his so-called revolution on a lie, and maintained it with fear and deception, which still exists today, infecting the halls of government from Washington DC to Washington County.

Hubbard also crafted the “Handshake with Alabama” in which Republicans promised, among other things, to clean up corruption. That pledge was as empty as his character.

The Alabama House of Representatives is in dire need of change, but, it seems, no one man or woman alone can do that. The new Speaker must shake up the structural hierarchy of the House, and assemble a team of leaders who will place duty to their district above the will of the Speaker.

The next leader will need sound advisors, willing to speak hard truths to those in power, and the painful facts to the people. The next Speaker will need to rebuild trust in his first 100 days. This will demand she or he look inside for the most qualified committee chairs, but also, outside to those who have experience running a government that is inclusive, not exclusive.

In a recent press release video announcing a Special Session of the State Legislature Gov. Robert Bentley spoke inclusively, “Let’s join to help make Alabama a truly great state.” Over the last two years, he has voiced the message of making Alabama great together, but the messenger is so damaged, not just by scandal, but his inconsistency, paranoia and lack of direction. He has shunned his best counsel so many times that even he nor anyone else knows what he will do from hour to hour.

Hubbard’s words are shallow and full of deceit in his fiction novel, “Storming the Statehouse,” where he relies heavily on the personal pronoun “I.”

As a reporter and a citizen, alarm bells ring loudly when politicos press the word “I” into service on every occasion possible.

We are in the grips of a nation divided, where “I” is the operative word most often heard, and is in grave contrast to the era of President Ronald Reagan.

Speaking from a platform erected at the West Front of the Capitol, Ronald Reagan gave his first Inaugural Address at noon on January 20, 1981. It was 55°, the warmest January inauguration in recorded history. His speech contained 2420 words, with the personal pronoun “I” used approximately eleven times, less than half a percent of the total words he spoke on that historic day. The word “I” was employed mostly in these passages; “Now, I have used the words “they” and “their” in speaking of these heroes. I could say “you” and “your,” because I’m addressing the heroes of whom I speak—you, the citizens of this blessed land. Your dreams, your hopes, your goals are going to be the dreams, the hopes, and the goals of this administration, so help me God…In the days ahead I will propose removing the roadblocks that have slowed our economy and reduced productivity…Well, I believe we, the Americans of today, are ready to act worthy of ourselves, ready to do what must be done to ensure happiness and liberty for ourselves, our children, and our children’s children.”

We, here at the Alabama Political Reporter stand ready to support the next Speaker, but he, like Reagan, must replace “I” with the plural pronoun, “We,” because in an honest government, “We” is the operative word with the most meaning. 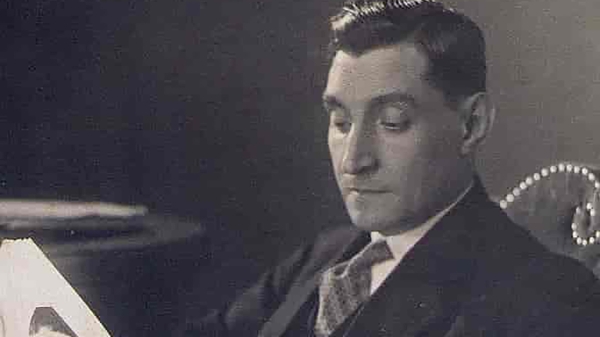