MONTGOMERY—Today, the 2016 Legislative Special Session will continue its charge to find funding for the 2017 shortfall facing Medicaid. Gov. Robert Bentley proposes using money from the BP oil spill settlement as an immediate fix, for a program in dire need of a long-term solution.

Currently, Alabama provides Medicaid recipients with only the most basic of services, far behind those offered in other states. Medicaid reformers in Alabama are putting their hopes on the Regional Care Organizations (RCO’s), to provide better care while lowering overall cost by adding more preventative care.

An April presentation by the Alabama Medicaid Agency found, that children 0 to 18 years of age comprise over half of all Medicaid beneficiaries. The disabled and blind of any age are next, representing 22 percent. The cost of providing care for the Aged and Disabled consumes more cost per person than another group, according to the statistic provided by AMA.

According to the American Academy of Pediatrics, “Historically, children represent half of all Medicaid enrollees, but they account for only 25 percent of Medicaid spending.

The legislature tasked with funding Medicaid’s various programs is comprised of a Republican supermajority, with strong ties to the Pro-life movement. In 2014, Medicaid paid for 52 percent of all births in Alabama.

However, in the same year “infants of mothers with no insurance coverage and who did not qualify for Medicaid experienced the highest Infant Mortality Rate at 13.0 infant deaths per 1,000 live births.” Those with Medicaid-financed deliveries accounted for 319 of the 517 infant deaths and mothers with deliveries financed by private insurance accounted for 158 of the 517 infant deaths, according to Alabama Perinatal Health Act Annual Progress Report for Fiscal Year 2015.

Children’s Hospital in Birmingham and Women’s and Children’s in Mobile saw the highest hospital inpatient Medicaid occupancy rates at 57 and 71 percent receptively according to a report by issued by Medicaid Commissioner Stephanie McGee Azar, in April.

A snapshot analysis on eligibility for Medicaid found Blacks or African-Americans represent 43.8 percent, Whites 43.6 percent, Hispanic 5.5 percent and all others 7.1 percent.

A 2015 Medicaid report shows, Adults 65 and over living in poverty comprise 9 percent of those receiving Medicaid, with a cost of $10, 297 per person, Disabled and blind represent 22 percent with a costing of $10,278 per individual. Children age 0-18 are 51 percent receiving only $2,483, per child. Other adults including pregnant women, parent caregivers and family planning services receiving assistance are 18 percent of the total at the cost of $ 3,350 per person.

A study released in June by Alabama Possible found 19.2 percent of Alabamians, or more than 900,000 people, live below the Federal Poverty Line. The State’s poverty rate is higher than the national average of 15.5 percent, making it our nation’s fourth poorest state.

The snapshot analysis provided by the State Medicaid Agency, shows a small decline in eligibility, even as the State remains behind in job recovery.

Bentley asks for a band aid to the problem, and reformers are on board with the short term fix. The Legislature will deliver its response in the coming days.

Gov. Kay Ivey: Kids should return to class in person, no mask mandates

The American Academy of Pediatrics on Monday recommended universal masking in schools for those over two. 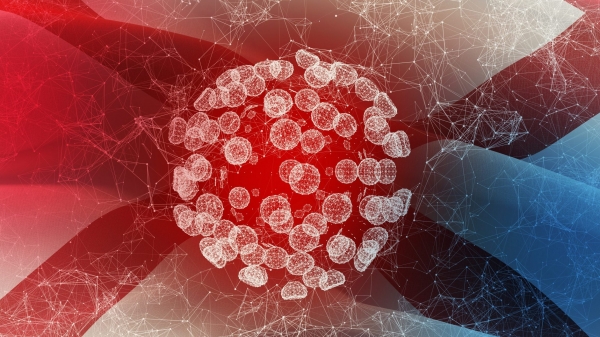 As the delta variant spreads, Alabama's COVID-19 cases and hospitalizations are rising.