Another one of Governor Robert Bentley’s bright ideas to help bring the State into the “digital-age” is crumbling, as the time and attendance software known as eSTART was abandoned by the Department of Human Resources (DHR).

A recent memo from the DHR alerted staff that, ‘the use of e-START, the Time and Attendance System effective November 1, 2016, is [prohibited] until further notice.’

DHR joins a long list of State Agencies that dumped the system or refused to implement it altogether.

eSTART is the State’s name for the Kronos time and attendance program that, according to the company’s website: “makes easy work of the tedious tasks involved with monitoring employee time and attendance. Simplified time-tracking software working in tandem with our data collection devices helps you control labor costs, minimize compliance risk, and improve workforce productivity without breaking a sweat.”

When The Alabama Political Reporter (APR) first reported on the system’s failure in July of this year, a Director at the Department of Finance sent us an email saying: “eSTART is the best thing to happen to State government in years. I was able to downsize staff after the implementation and eSTART is paperless, which is another bonus. All State agencies will be on eSTART by the end of the year. I wish you would obtain all the facts before publishing.”

APR did obtain more facts and found that Attorney General Luther Strange, Agriculture and Industry Commissioner John McMillan, then State Superintendent of Education Dr. Tommy Bice and State Personnel Director Jackie Graham had all written letters to Acting Finance Director Bill Newton and others citing the problems each agency had with eSTART and they wanted out.

The memo from DHR also states, “All employees will be required to continue using the paper timesheets applicable to their particular designation of Exempt or Non-Exempt.”

APR heard from a few employees charged with using eSTART at DHR, and the overall feeling was one of relief that the nightmare was over and dismay that the State wasted so much money on another faulty program.

“They were worried about us cheating on our time cards, so they brought in a program that cost us time, and cheat us out of pay,” said a DHR employee who spoke on background for fear of reprisal.

By way of example: Before using eSTART, employees at DHR filled out a relatively simple Excel Spreadsheet for hours worked and leave taken. They also filled in an office “sign in sheet” which served as a “who’s in the building in case of emergency.”

At some offices, employees were informed that if they arrive to work on-time but forget to punch in, they had to submit to a 15-minute leave, even if a supervisor saw they arrived on-time.

“If you got to work on-time, it could take several minutes to boot your computer to sign in the eSTART, and that meant you were late and had to take 15-minutes of leave.’

Another worker said, “There seems to be a disconnect on the idea that when you sit at your desk and turn on your computer, you are working.”

On payday, rather than the usual single time sheet, three were required, two Excel and one eSTART. Many supervisors across the State say they were spending most of their day dealing with all the extra paperwork and making corrections on inaccurate time sheets.

“Suffice it to say, nothing about this brings the words ‘increased efficiency’ to mind,” said one individual who witnessed the fiasco first hand.

Gov. Bentley signed Executive Order 26 on Tuesday, requesting the Alabama Department of Finance, Information Services Division develop and implement a plan that reflects the Alabama Office of Information Technology as its lead agency.

It appears Bentley didn’t receive the memo from DHR. 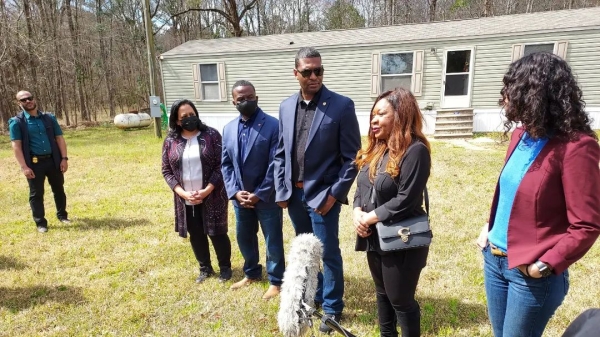