Donald J. Trump’s election to the presidency left the pollsters and pundits from every media outlet and news network with egg on their face. It also left them with their mouths ajar in shock.

Every poll and every pundit had Hillary Clinton winning the presidency. It was assumed that the Electoral College advantage for a liberal Democrat was impregnable. Trump’s amazing surprise victory will be recorded as one of the biggest upsets in modern political history. It will be compared to and was very similar to the upset victory that Harry Truman pulled off against Thomas Dewey in 1948.

There are uncanny similarities between the Truman come from behind victory and the Trump win. All polls showed Truman losing. However, in the final weeks of the campaign, Truman was bringing out large crowds as he spoke from the back of a train in what was referred to as his Whistle Stop Tour. Toward the very end his crowds were growing larger and larger.

Like Trump, Truman was plain spoken and the crowds would shout out, “Give ‘em hell Harry!” He would retort, “That’s what I plan to do.” It was so assumed that Truman would lose that there was a famous photo of Truman holding up a copy of the “Chicago Tribune” with the headline, “Dewey Wins.” Similarly, there is this year’s revelation that “Newsweek” in order to get to press early had Hillary winning with the headline, “Madam President.” They had to recall millions of copies. Also, I have had to admit that yours truly had written a much different headline story on the Monday before Tuesday’s Election Day for today’s column.

There is no question that we live in two distinct, diverse, and different philosophical Americas when it comes to presidential politics. It appears that we in the south are not the only folks in America who believe in a balanced budget, a strong military, and sustaining a strong agricultural base. In addition, we may not be alone when it comes to being pro-life and pro-gun. The rest of the country may be more like us than we think. We obviously have some southern thinking folks in the Midwestern Rust Belt states

In short Trump won the election because white conservatives all over the country turned out in mass as though their nation depended on it and they probably were right. Evangelical Christian voters realized the importance of the impending Supreme Court appointments. That will indeed be Trump’s most lasting legacy. He will appoint conservatives to our Supreme Court, and they will be confirmed by a Republican U.S. Senate.

More importantly our two Senators, Richard Shelby and Jeff Sessions, are in the majority in the Senate. Shelby will be beginning his sixth six-year term. Within two years he will break the record set by John Sparkman as the longest serving Senator in Alabama history. But, more significantly, he will become Chairman of the Senate Appropriations Committee.

The Trump election changes the entire political landscape in Alabama politics. More than likely, President Trump will appoint our Senator, Jeff Sessions, to a major cabinet position – more than likely Secretary of Defense. Sessions will probably accept this prestigious and powerful post.

Folks this leaves a vacant U.S. Senate seat in the Heart of Dixie. There are probably a dozen major viable political figures who will pursue this coveted once-in-a-lifetime opportunity. Governor Bentley will appoint Session’s successor. However, whoever gets the appointment will have to run in 2018.

Bentley has been unorthodox and unpredictable in his appointments. This one is by far the most significant of his tenure. Some speculation is that he might appoint himself or a close advisor. Others say he will appoint Attorney General Luther Strange, who will probably run for the post in 2018, regardless. Some say the inside track belongs to Perry Hooper, Jr., who has statewide name identification from his role as Trump’s front man in the state and has a staunch conservative lifetime GOP pedigree.

If you thought we had a good year awaiting us in 2018, it has become exponentially more titillating. We will have a governor’s race, U.S. Senate race, and every constitutional office is up for grabs, as well as all 140 State House and Senate seats. It will be quite a year and believe me, it has already begun. 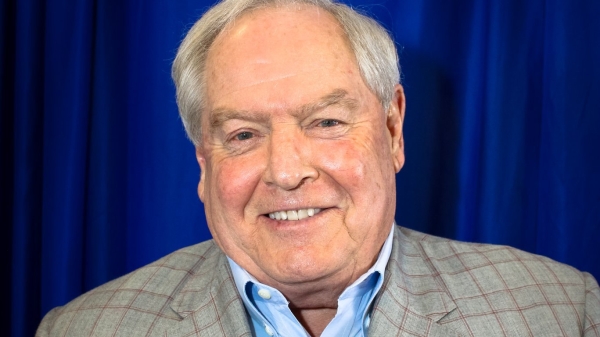