After a long drought and unseasonably warm temperatures which persisted into November, winter finally hit Alabama on Friday, January 6. Wet Snow, sleet and ice began falling across much of the northern central portion of the State on Friday around nightfall after a cold rainy day, making many roads impassable. Even though everyone received ample warning not to be on the roads, many motorists defied the weather warnings and ended up in car crashes or stuck for hours waiting for wrecks to be cleared and traffic to move again.

The Governor said that I-459, I-20, and I-65 in the Greater Birmingham area were major points of concern over the weekend. Roads in many counties were impassable over the weekend. Patches of ice remain a concern for the early morning hours today, though temperatures are expected to heat up, improving road conditions rapidly.

Temperatures plunged over the weekend leading to early Sunday morning temperatures in many parts of the state of 10 degrees Fahrenheit or below. 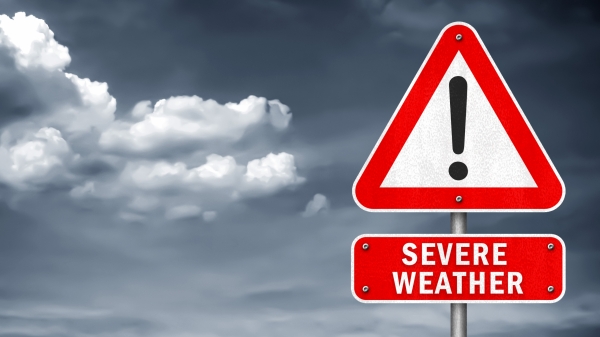 Storms will move into Northwest Alabama after 11 a.m. Monday, bringing potentially damaging winds up to 60 mph and hail.