President Donald Trump knows how to make news, and he very often does that through Twitter.

It appears, though, he knows more about making “fake news” than the real stuff, even though his Twitter handle is @realDonaldTrump. Better than “@real” would be “@shrill.” The President loves the “ALL CAPS!”

The United States is regularly embarrassed by Trump’s Tweets. When you see the reception Germany’s Angela Merkel received while visiting Trump last week, compared to the reception she enjoyed from Canada’s Justin Trudeau the same week, that’s embarrassing to our country. Trump could at least show some grace. He didn’t.

But that doesn’t stop the Trump Tweet machine from issuing his own brand of “fake news.”

We all saw Trump refuse to shake Merkel’s hand or even show a real interest in what she said, other than claiming that like Merkel, Trump was “wiretapped” by President Obama’s administration.

Tweeted Trump on March 18: “Despite what you have heard from the FAKE NEWS, I had a GREAT meeting with German Chancellor Angela Merkel.”

Forgot what we heard from the “FAKE NEWS?” What we witnessed told the story.

And how about that wiretapping of Trump Tower by the Obama administration before last year’s election? Remember, on March 4, Trump opened the morning with: “I’d bet a good lawyer could make a great case out of the fact that President Obama was tapping my phones in October, just prior to Election!”

And, in another Tweet not long after: “How low has President Obama gone to tapp [sic] my phones during the very sacred election process. This is Nixon/Watergate. Bad (or sick) guy!”

As usual, Trump presented no evidence, yet the wiretapping story took off, like it was “real news.”

FBI Director James B. Comey this week before the House Intelligence Committee said the FBI has “no information to support” Trump’s Twitter accusation that Obama wiretapped Trump Tower. And he said the Department of Justice, which oversees Federal Law Enforcement agencies, had no information to confirm the wild wiretapping claim, either.

This is Trump’s FBI and Justice Department now.

Still, Trump is nothing if not stubborn. He hasn’t apologized to Obama or even retracted the wiretapping claim. Perhaps we should add “paranoia” to Trump’s other bad temperament characteristics: Narcissistic, megalomania, xenophobic, misogynistic, hypocritical … well, we could go on, right?

“Tapp”-gate aside, Trump may really find himself in deep water over this Russian stuff. In a rare admission, Comey confirmed that there is an investigation into whether associates of Trump were in contact with Russia as that nation worked to interfere with last year’s presidential election, which Russia clearly did.

We know already that several Trump associates and staffers, including US Attorney General Jeff Sessions, met with the Russian ambassador to the United States in 2016 while working to get Trump elected. Sessions couldn’t really remember what he and the ambassador talked about, only that it was about the Trump campaign (wink-wink).

Who knows what tomorrow’s Trump Tweet will bring. But it’s sure to make news, whether that news be real or, more likely, fake.

Opinion | A shot at ending straight-party voting. Let’s take it 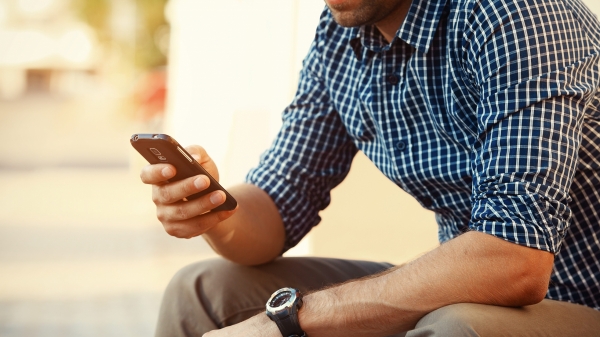