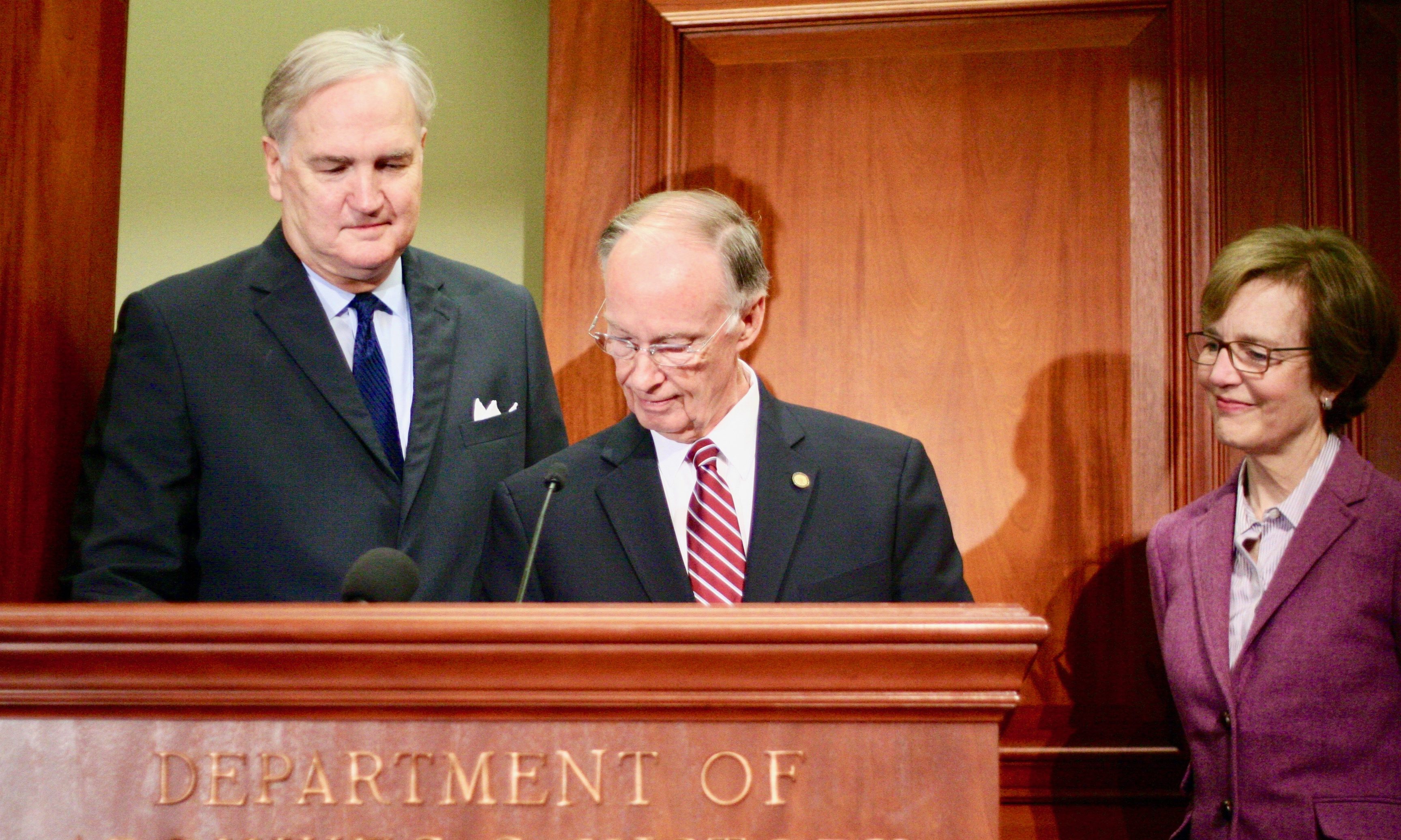 MONTGOMERY, Ala. — The scene was set: Alabama’s Legislature was ready to conduct its first impeachment hearings since 1915. The House’s special counsel had released his bombshell report. He had begun presenting his case. But then it turned out all to be for nothing.

“I think this states to all of us that no one is above the law, even the governor,” said Ellen Brooks, the acting attorney general who has been overseeing Bentley’s case since February. “It states to us that you must do what is right.”

The impeachment hearings were real, they weren’t just a show, sources close to the committee tell APR. If Bentley had not resigned, the committee would have continued on through the process and likely would have voted to make a recommendation for Bentley’s impeachment.

They were real, but they weren’t just about impeachment. They were about getting Bentley gone. Several lawmakers believed Bentley would only resign if the House actually moved forward with the effort to impeach him. And they were right.

By the time House Judiciary Committee Chairman Mike Jones, R-Andalusia, gaveled in the committee for its first day of hearings, the governor agreed to step down, as APR reported first early Monday morning. The rest of the day was spent finalizing the deal with officials from the attorney general’s Special Prosecutions Division and Brooks herself.

Meanwhile, Jack Sharman, the committee’s special counsel, explained the separation of powers to legislators and read the executive summary from his 130-page report into the governor’s actions. Shortly after returning for lunch, the House Judiciary Committee abruptly ended their hearings.

The governor was resigning.

David Byrne, the governor’s chief legal counsel, had gone to meet Bill Athanas and Lewis Gillis, two of Bentley’s personal attorneys, at the Montgomery County Courthouse, where Bentley would sign a plea agreement only a few hours later.

The legal team, on Bentley’s behalf, met with the muscle of the Special Prosecutions Division, including division chief Matt Hart and Brooks, to get Bentley a good deal in exchange for his resignation. In fact, they had been meeting over the weekend as well, urging the governor to take a deal.

A tentative deal was reached Sunday night, sources told APR. It wasn’t done, though, and Bentley had to sleep on it. He woke up the next day defiant but was eventually coaxed back into resigning by Monday morning around the start of the impeachment hearings.

At about 4 p.m., Bentley was booked into the Montgomery County Jail and charged with the two crimes.

“It became clear to me that the people of Alabama deserved an end to this,” she said. “Part of our requirement was that it be done today, that it be completed. This is now over as to this defendant.”

In the end, Bentley agreed to plead guilty to two class B misdemeanor charges — far less than the four class B felonies referred to the attorney general by the Alabama Ethics Commission, for which Bentley could have potentially been prosecuted. And the sentence was far more lenient, too. Instead of two to 20 years for each count, Bentley will serve no jail time.

“The misdemeanor punishments were most appropriate for these offenses,” Brooks said. “You have to look at the big picture.”

Montgomery County District Judge Troy Massey, who was assigned to Bentley’s case at about 4 p.m. on Monday, accepted Bentley’s guilty plea and sentenced him — in accordance with the plea — to 12 months unsupervised probation and fined him, in total, about $7,100 in addition to court costs.

According to the plea agreement, Bentley will also pay back $8,912.40 to his campaign committee’s bank account, and then he will turn over the $36,912 left in his account to the state. He has agreed never to run for office again, has waived his rights to appeal and has promised to perform 100 hours of community service.

“I think the judge was fair considering the fact that Bentley was 74 years old,” Brooks said. “He has lost his job. He has lost his church. He has lost his family. Don’t take that to say I feel sorry for him. He did what he did. Now, he deserves to be called a criminal.”

Bentley also agreed to forfeit his state retirement package and security needs, which Brooks said will save the cash-strapped General Fund budget about $1 million.

The two charges around which the plea agreement was based were related to campaign finance disclosures with the secretary of state’s office. On one charge, Bentley pleaded guilty to failing to report a $50,000 loan he gave himself within the required 48-hour notice period. The other charge was over his top aide, Rebekah Mason, with whom he was accused of having an affair.

Bentley paid $8,912.40 in the form of a check out of his campaign account to cover Mason’s legal fees. He will now reimburse all of that back to the state, according to the plea agreement.

Toward the end of his hearing, an emotional Bentley admitted his guilt in front of the court. He said he did not disagree with anything that had been said in the hearing Monday, and when Massey asked Bentley if he was guilty of the charges, he said only, “Yes sir.”

“The other subjects that may appear will be followed up,” Brooks said. “I cannot comment on any particular people at this time.”

Brooks also said there were “other matters” that are still open with the attorney general’s office and other law-enforcement agencies, including the FBI.

“I will now go to the Attorney General and see if my job is done,” Brooks said. “I am hopeful that tomorrow is a new day for the state of Alabama and that this sends a message to all public officials, and want-to-be public officials: follow the law.”