First, Human Rights Campaign: HRC’s stated mission “envisions a world where lesbian, gay, bisexual, transgender and queer people are ensured equality and embraced as full members of society at home, at work and in every community.” In order to achieve that mission, HRC has one large and lofty legal goal – that the Federal Government will classify a homosexual lifestyle as a protected class.

Second, Southern Poverty Law Center: SPLC spends millions of dollars on a miseducation campaign titled, Teaching Tolerance. The goal of SPLC’s Teaching Tolerance is to quash any dissenting opinion on the acceptability of a homosexual lifestyle. Their goal is actually the opposite of their name; SPLC’s goal is to make the historical and orthodox Christian view of Scripture … intolerable. SPLC also shares with HRC the legal goal of a “protected class” status for the homosexual lifestyle.

If the HRC and SPLC are successful in their the overarching legal goal, they will be able to use the Federal Government as a weapon to silence their number one enemy: a Christian church that preaches and teaches the plain meaning of Scripture.

According to the Westminster Confession of Faith, to be a Christian means to let the Scriptures have the final say in all areas of life. The Scriptures are the final authority, the final rule of faith and practice.

These Scriptures plainly teach that a lifestyle of acting on homosexual impulses is sin; and sin is something with which we all struggle. (Romans 1) The Scriptures do not teach that acting on homosexual impulses is the sin-that-beats-all-sin. Rather, homosexuality is listed among many other sins which we all should struggle against and repent of every day; including any sexual relations outside of the marriage covenant, pornography, loving anything more than God, fraudulent business practices, stealing, and being a political gadfly. (1 Corinthians 6) The Scriptures teach that if someone practices one of these sins, without repentance, they will not “inherit the kingdom of God.” (Id.)

Hitchhiker’s Guide to the Scriptures in Application

If a man comes to his Pastor and says, “I love pornography and cheating people out of money,” the Pastor has an obligation, in love, to give the man a right diagnosis. The Pastor may say something like this, “The Bible says this is sin and sin will destroy you. Sin is deceitful. You need to repent and love God more than your sin. If you don’t, you can’t be part of God’s family.”

The same applies to a lifestyle of acting on homosexual impulses.

However, if HRC and SPLC achieve the lofty legal goal of having homosexuality recognized as a “protected class,” it paves the way for Pastors to be punished by the Federal Government for counseling and teaching according to the orthodox Christian worldview.

Take the protected class of race for example. A Christian Pastor’s first amendment right to religious speech would properly end if this pastor stared teaching, “The Scriptures say that black people are made inferior and subordinate to white people. God designed black people to be slaves of white people. The most loving thing you can do for black people is to help them return to their natural state as a slave. Therefore, go out and enslave black people.”

This line of teaching would rightfully be classified as “hate speech” or “fighting words” and not protected under the First Amendment. This legal boundary is pushed even further in Europe, and countries such as Denmark, where hate speech is classified as anything that makes a member of a group feel insulted, threatened, or degraded.

Now, apply this to homosexuality. A Pastor is preaching sequentially through Paul’s first letter to the church in Corinth, written sometime in the first century. The Pastor arrives at the sixth chapter and unpacks Paul’s plain meaning. A lesbian couple has chosen this Sunday to visit the church. They feel insulted, threatened, and degraded. They feel like the church is intolerant to their lifestyle.

Hitchhiker’s Guide to the Cosmic Struggle Between Good and Evil

Before any physical matter existed, the God of Christian Scripture created the universe and a paradise for humankind. A snake slithered into this garden paradise and deceived the woman into sinning against God. Instead of chasing away the snake, Adam stood by complicity and ate of the fruit with his wife. The world fell into darkness and misery, as the relationship between God and humankind was fractured.

This was the beginning of humankind’s Cosmic Struggle Between Good and Evil. And God promised that eventually, good would prevail over evil. The ultimate victory came through the sinless son of this creator-God, Jesus. Those who profess to follow him, are his agents to continue to fight against the offspring of the snake.

The Apostle Paul – repentant murderer and author of most of the New Testament – explained to the young Church that the enemies of God are not people and parties, but rather “against the rulers, against the authorities, against the cosmic powers over this present darkness, against the spiritual forces of evil in the heavenly places.” (Ephesians 6) The orthodox Christian teaching states that our enemies are three: our own latent sin nature, the world system that opposes God, and Satan himself.

For the purposes of this article, the cliff notes to the Hitchhikers Guide break it down like this: “Any goal, campaign, or idea which seeks to limit or prohibit a Christian from teaching, counseling, or preaching the plain meaning of Scripture, is a scheme of the ‘seed of the snake’ – a scheme of evil to be vigilantly resisted by all who fight for good.”

When I read HB 440 on Wednesday of last week I was shocked to say the least. I was in utter disbelief that this bill had just passed the Committee on Children and Senior Advocacy. HB 440 purports to solve a problem of abuse to children in residential treatment facilities that are run by people of the Christian faith. Given that this is the surface purpose of the bill, it seems odd that SPLC would be present at the committee hearing.

In reality, the bill that passed out of committee would give HRC and SPLC the power to use the government as a weapon to silence pastors from teaching and counseling from the Christian Scriptures.

The first overarching problem with HB 440 is that it gives the government power to regulate church activity. Huge problem … same problem with HB 277. Second, this bill opens the door for DHR to be coerced into making rules which prohibit teaching from the Christian Scriptures.

Here are just four sections from HB 440 which should make the skin crawl of even the most experienced snake handler.

Section 4.(a)(14) states that a religious entity can’t “engage in or perform any sexual orientation change effort.” What would prohibit HRC and SPLC from influencing DHR to interpret this section to mean that a Pastor cannot open Romans 1 or 1 Corinthians 6 with someone struggling with homosexual tendencies?

Section 4.(b)(4) would require faith-based groups to submit to training based on “[c]ultural competency and sensitivity regarding issues of a controversial nature.” Whose curriculum do you think HRC and SPLC will be advocating for? Could it be SPLC’s Teaching Tolerance curriculum? Just a hunch. This section gives DHR the authority to force pastors to submit to training that is antithetical to the Christian faith.

Section 4.(c)(1)p. prohibits these religious groups from “discrimination or harassment on the basis of … orientation [and] gender identity.” If you haven’t caught on by now that HRC and SPLC want this to mean that a pastor can’t counsel from the Scriptures, then I’ve failed miserably as a writer. “Discrimination” and “harassment” are terms of art in the legal world. They mean different things in different contexts. Undoubtedly, HRC and SPLC will be advocating that preaching from Romans 1 or 1 Corinthians 6 constitutes harassment.

Section 7.(a)(7) requires faith-based groups to give to DHR all “[t]ranscripts of any confidential interviews of children who resided in the facility within the last six months.” Is SPLC fishing for something? Why do they want this? Are they hoping to catch causes of action which violate HB440? Do they want to know who is teaching from the Scriptures so they can target them specifically?

These are just a few of the red-flags which permeate HB440. I’m attaching a copy of my full comments which illustrate the pernicious nature of the bill.

Given that this is the second bizarre bill this session which seeks to give the State control of church activity – HB 277 was the first – it’s beginning to look like a deliberate strategy by groups like HRC and SPLC.

Here’s the main take away from the cliff notes to the Hitchhiker’s Guide: You don’t reason with a snake. That was Adam’s mistake. When you see a snake, you crush its head.

For a full analytical mark-up of the HB440’s text, click here. 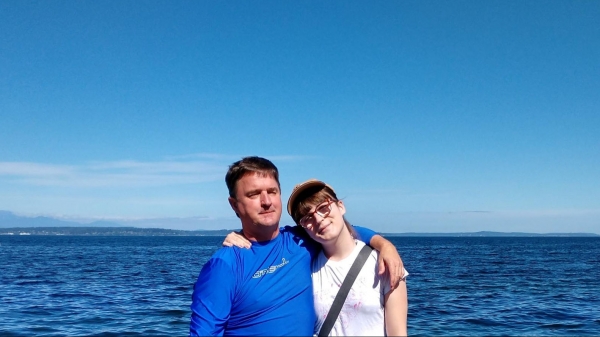