Former Alabama Supreme Court Chief Justice Roy Moore (R) said, “I’m proud to work with this incredible Leadership Team in North Alabama. I’m confident in our battle plan, and I am looking forward to standing with President Trump to repeal Obamacare and rebuild our military.”

Moore’s campaign is chaired by former State Senator and past Chairman of the Alabama Republican Party, Bill Armistead. Chairman Armistead said, “We’re proud to have a devoted and energetic team of local leaders, businessmen, pastors, and citizen activists leading this team,” said Campaign Chairman Bill Armistead. “The Establishment candidates have the money. We have the people, and our grassroots warriors are looking forward to beating the heck out of Washington and making Judge Roy Moore our voice in the US Senate.”

Rep. Butler said, “I’m honored to be on the Judge Roy Moore for Senate Leadership Team. Judge Moore has a remarkable track record of fighting for our country, for the people of Alabama, and for the principles that have made America great — both in Vietnam and as an Alabama judge. He is the man to take on Washington and fight for America.”

Judge Moore told reporters, “It is great to have this team supporting me. There is a stalemate in Washington. Quite frankly the Republican establishment is stonewalling the Trump agenda. Whether it is immigration, healthcare so many things are not happening because of establishment Republicans in Washington. There are thinks I can help with.”

Allen Keller is the Chairman of the Republican Party in Jackson County, the Executive Vice President of Keller Lumber & Logging Company, and Chairman-Elect of the Jackson County Chamber of Commerce.

Moore’s Senate campaign received another boost, when University of Alabama football legend Siran Stacy enthusiastically endorsed Moore. Stacy said, “The hopelessness is over. God is raising generals up from across America. This is one of them right here.” Staci said that Moore is speaking for Blacks, Whites, Hispanics, all Americans. The Bible says that if God is for you there is no one who can be against you.”

Judge Moore announced that his State Finance Co-Chair for North Alabama is Mr. Ray Keller of Stevenson. Ray Keller is the President and CEO of Keller Lumber & Logging Company. Finance Chair Ray Keller said, “This is a great honor for me.”

The Moore campaign announced a number of County chairs including:

Moore said that he has been campaigning all over Alabama and has had recent stops in: Huntsville, Florence, Guntersville, Moulton, Tuscaloosa, etc. “My politics has always been grass roots.”

Judge Moore said that he did not support the Senate healthcare plan. He prefers to see Obamacare repealed immediately. “We need to repeal Obamacare. It has caused quality to go down and prices to go up. We don’t need replacement. This is socialized medicine. It did not work in Europe it won’t work here. Find it in the Constitution where the Federal government is responsible for healthcare. It is not there.”

Moore accused establishment Republican Senators of not honoring their campaign promises to the American people. “They ran on one thing and are doing another.”

The Special Major Party Primaries are on August 15, 2017. If primary runoffs are needed they will be held on September 26. The Special General Election is December 12. 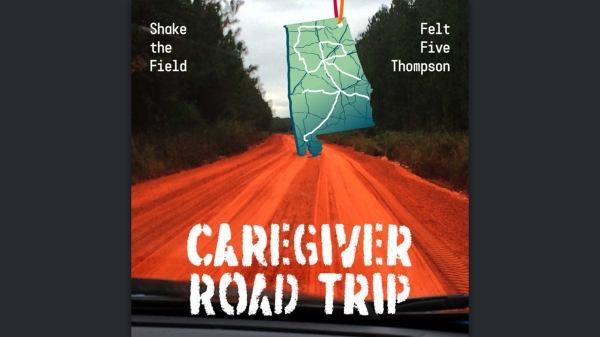 The organization is also hosting a songwriting contest to engage the community.