Earlier this year, I asked a group of conservatives to imagine how the Republican-controlled Congress would respond if President Trump signed an executive order repealing Obamacare. My question was met with an ominous silence.

Last week, the president signed an executive order he described as the opening stages of Obamacare repeal. Though his order doesn’t cross the line into outright legislation, he makes no bones about his intention to use “the power of the pen” to fill the vacuum left by a Congress that “can’t get its act together.”

The White House cannot pass or erase laws. Lawmaking is the jurisdiction of Congress. But a worsening plague of partisanship has crippled our federal legislature. The spectacular inefficiency of Republican and Democratic legislators over the course of three successive White House administrations explains the increasing resort to executive orders and judicial activism.

With one branch of government locked in the death-grip of an ideological stalemate, the other two have moved to assume the duties of governance. This trespassing of the executive branch and the judiciary into the lawmaking territory surrendered by an impotent Congress constitutes a decades-long stress test for the federal government.

The challenges our nation faces today, from health care to immigration, from energy policy to our crumbling infrastructure, are no more formidable than the obstacles we have overcome throughout our history. The uniquely American way of life relies now, as then, on elected representatives who summon the courage and vision to seek out workable solutions.

The Senate Republican leadership torpedoed the latest attempt to repeal and replace Obamacare by catering to the extremists in their camp rather than building consensus across the center. Due to their failure, conservatives are left with an executive order, another duct tape and baling wire quick-fix that can and will be undone on the next swing of the political pendulum.

Until then, young and healthy Americans may enjoy the temporary advantage of lower premiums. But the malaise at the heart of American health care today remains unshaken. Each problem that Congress fails to address with an enduring bipartisan solution inches us closer to the brink, when some future president judges his constitutional powers insufficient to the needs of the nation, and declares himself the source of all legislation.

That prospect should send a shudder of horror through freedom-loving Americans of any stripe, as it did the group of conservatives I spoke with earlier this year.

If we act now to oust key extremists from both sides of the aisle, we may yet veer from that course. To do so, decent, middle-of-the-road Americans will need to make their voices heard over the hullaballoo contrived by lobbyists and interest groups. Now more than ever, practical-minded legislators with the courage to work toward a common goal need your support.

But if voters continue to endorse the obstructionists in the Senate, whether by political activism or by silence, our children will remember us as spectators to the dying gasps of the American experiment.

Stefano de Stefano is the Republican primary challenger for Ted Cruz’ seat in the U.S. Senate.

In this article:Congress, legislation, lobbyists, Obamacare, power of the pen, Stefano de Stefano 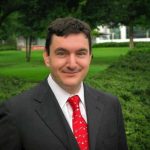