Roy Moore leaves the Alabama Judicial Building in Montgomery, Ala., on Thursday October 27, 2016 as the lottery is held to pick the judges who will hear his appeal.

Why didn’t a 14 year old girl from a small town in Alabama go to authorities with her allegations of sexual misconduct against a 32 year old District Attorney 40 years ago?

If you are a woman, you know.

Even forty years later, male supporters of Roy Moore are saying the following:

“Take Mary and Joseph. Mary was a teenager. Joseph was an adult carpenter.” “Roy Moore fell in love with one of the younger women.” (Alabama State Auditor Jim Zeigler)

The Federal Government passed the Child Abuse Prevention and Treatment Act in 1974, which required states to investigate, protect, and treat in cases of child abuse and neglect.

The Federal Government was about to extend government intrusion into the sacred space of American homes and families. Intergenerational dysfunction and accepted cultural mores would be challenged. A culture war was on.

I spent 10 years in Child Protective Services. My first years were in the Emergency Response Unit, where allegations of abuse and neglect were investigated.

I have interviewed these 14 year old girls. And many, many much younger.

Some worked so hard at concealing the secret that their whole personality shut down and withdrew into a ghostly silence. Others played out the covert role with over-sexualized behavior for their age. But most lived somewhere in between. Those were the most agonizingly difficult cases to resolve.

Because, you see, the alleged perpetrator never admitted any wrongdoing. In all the years I worked in that unit, I never heard one molester admit.

The protection of the minor depended on the minor’s word. And someone who believed her and would protect her. Sometimes there was physical evidence following a sexual exam. Sometimes it took a great many therapy sessions.

But never, never, was there ever, an admission from a perpetrator.

Minors want to trust that an adult will share the burden of their secret without flinching, without judgement, without excuses for the perpetrator.

In sexual molestation cases, it often takes a female Social Worker picking up cues and knowing in her gut that something happened. Without leading questions, I was sometimes able to help the minor open up by trusting my intuition and simply saying, “ I think I already know.” She would look up from a downward cast position, her eyes would widen and she would draw a sharp, frantic breath. But when she exhaled, she would slowly begin to open up. She no longer had the unbearable burden of protecting her molester.

Here was someone who believed her.

There is something emboldening about the truth. It allows another female to strap on the warrior vest of womanhood and confront adult men on their own territory….even in the same home where he is molesting a daughter every Wednesday evening while mother is at choir practice.

You can form a Foundation for Moral Law. You can declare that Christianity order public policy and attempt to stop judges from issuing marriage licenses to gay couples.

You can even drop a 2 1/2 ton monument of the 10 Commandments into the Alabama Judicial Building.

But if you continue to deny the reality of a 14 year old girl who experienced a molestation, you perpetuate and exacerbate her shame and dishonor throughout her life.

Police carry guns, and Social Workers are armed with wimpy plastic cards identifying themselves. They strive to change cultural acceptance of dysfunctional behavior through the family unit. And ultimately change society.

The social worker is backed up by Law. By the Juvenile Court. Sometimes by Criminal Court.

But what happens to a society when perpetrators are embedded in our Justice System? In the seats of our Senate?

If you are a woman, you know.

Cheryl Cook is a retired Child Welfare Division Manager with an MA in Clinical Counseling. 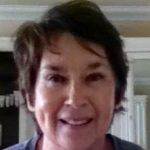