CHIP, the Children’s Health Insurance Program, is being held hostage by political bickering in Washington as Republican leaders attempt to tie it to funding that would avert a looming government shutdown. They’re also trying to link CHIP to measures aimed at unraveling Obamacare. Earlier, there was even talk of pitting CHIP against action on the Deferred Action for Childhood Arrivals (DACA) program.

That’s right, CHIP, which provides vital health insurance for 9 million kids nationwide and tens of thousands here in Alabama where it’s known as “All Kids,” has become, well, a bargaining chip.

Of course, it’s not the first time that CHIP has been put on the line as lawmakers play politics. Just last month, All Kids, as well as similar programs in other states, were preparing to freeze enrollment and begin shutting down when Congress passed an eleventh-hour stop-gap funding measure. The $2.85 billion funding patch was supposed to keep CHIP up and running through the spring, but it’s not stretching as far as expected. So again, health insurance for lower-income kids is now again running on fumes. Without action, many states are expected to exhaust funds as soon as February.

For Alabama, CHIP has been a success story. In 1998, we became the first in the nation to implement CHIP under President Clinton. Before that, about one in five children in Alabama – more than 168,000 – were without health insurance. Since then, that number has dropped to about 2.4 percent, one of the lowest in the south.

Currently, more than 83,000 children in Alabama are covered by All Kids and another 75,000 are covered by a separate Medicaid component of CHIP. These are infants, toddlers, students, teenagers, and young people from working families that just don’t make enough to purchase health insurance. They are 150,000 sons, daughters, grandchildren, nieces, and nephews who need checkups and immunizations, doctor visits, prescriptions, vision and dental care, hospitalization, mental health and substance abuse services, and much more. They’re also kids who suffer from chronic conditions or ongoing illnesses, like Crohn’s disease, asthma or cancer – illnesses that require continued and uninterrupted treatment.

If Congress fails to reauthorize CHIP, Alabama will be left holding the bag on All Kids, which unlike the other Medicaid component recipients, is supported entirely by federal funds with no state contribution. And while children on Medicaid can’t lose their federally mandated coverage, that’s not the case for higher-income All Kids participants. All in all, last year the state spent $198 million in CHIP funding on children in All Kids and $165 million on Medicaid recipients, according to the Medicaid office.

In addition, keep in mind that dismantling this important program will only cost us more in the long run. In fact, just last week, the Congressional Budget Office said that providing a long-term (10-year) extension of CHIP actually “yields net savings to the federal government because the federal costs of the alternatives to providing coverage through CHIP … are larger than the costs of providing coverage through CHIP during that period.”

For working families and their children, CHIP has been a blessing. Unfortunately, in Congress, it’s been used as a pawn, a political football, and a bargaining chip. If both parties care about kids, if both Republicans and Democrats want to ensure the future health and well-being of our nation, then CHIP must be judged independently and on its own merits.

CHIP deserves a long-term extension. Voters deserve to know just where their elected officials stand. And parents and families deserve the peace of mind of knowing that lawmakers won’t entangle something as crucial as children’s health insurance in any number of other unrelated issues every time it’s politically convenient to do so.

Inserting CHIP into the middle of a high-stakes game of chicken is not only unproductive, it’s downright unconscionable. And the idea of using children’s health for political leverage is enough to make you sick. 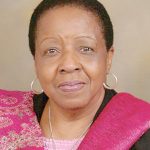