McCool, who serves as the lead prosecutor for Fayette, Lamar and Pickens County, will seek the Republican nomination for Place 2 on the June 5 ballot. The position on the court is expected to be vacated if Court of Criminal Appeals Judge Liles Burke, who was nominated by President Donald Trump to a federal judgeship, is confirmed by the Senate. The West Alabama district attorney has been on the job for nearly two decades, serving in positions like president, vice president and treasurer of the Alabama District Attorney’s Association that have made him widely known in legal circles.

A post on the Court of Criminal Appeals — a five-member panel that handles all felony and misdemeanor appeal cases in the state — would be a jump across the bench for McCool.

“Three of the judges on that court that have a combined experience of probably 50 years are leaving,” McCool said. “It’s extremely important that we have judges at that level who know what it’s like to try cases in the courtroom.”

McCool has been a prosecutor for more than 22 years, joining the team in Pickens County as an assistant district attorney in 1995. He spent two years before that in private practice in his hometown of Gordo, Alabama. In 2001, he became the district attorney.

“People who have had to get in there, prepare a case, present a case and defend a case brings a needed perspective to any court that you don’t get any other way,” McCool said. “We need someone who has been out there.”

The Court of Criminal appeals often handles high-profile cases from child abuse to capital murder cases and even public corruption like former House Speaker Mike Hubbard’s appeal — leaving power and the ability to set precedent in the judges’ hands.

In addition to upholding and overturning criminal convictions, the Court’s decisions set precedent for how legal cases in Alabama are interpreted in the future, much like the Alabama Supreme Court.

McCool could have a hand in that if he wins a seat on the panel.

“Every case ought to be treated with equal attention. High-profile, low-profile and no profile, you treat them all the same,” McCool said. “It doesn’t matter if it’s a rich man, a poor man. Race, religion, none of that matters. You treat everybody at the same level.”

Unlike many states, judgeships on Alabama’s Court of Criminal Appeals — along with circuit and district judgeships and the Supreme Court for that matter — are elected positions. There are only minimal requirements that the judges even by experienced lawyers or jurists.

In 2010, McCool was appointed as a member of the Supreme Court’s Standing Committee on the Alabama Rules of Evidence, and, for years, he’s been a member of the U.S. District Attorney for North Alabama’s Law Enforcement Coordinating Committee — not to mention serving as special attorney general in many state cases, including an investigation into wrongdoing at Alabama State University.

If elected, McCool says he will be committed to the rule of law.

“A prosecutor’s only client is Lady Justice,” McCool said. “And a judge should always call balls and strikes. A judge can’t have an agenda other than justice.”

The appellate courts, between the Court of Criminal Appeals and the Court of Civil Appeals, do not re-try cases. Instead, they review the transcripts and records of cases handled by lower courts to determine if everything was done properly. If they find the cases were handled correctly, they uphold the conviction. If not, they send the cases back down to the lower courts to be re-tried.

“When you’re looking to elect a judge, just make sure that judge is independent and has got the experience that’s necessary,” McCool said.

In addition to experience, McCool said judges need to be grounded.

“You don’t want an academic, a professor sitting in an ivory tower,” McCool said. “I grew up on a farm. I still live on that farm and run that farm. I grew up working hard. I know what it means to work hard, and that’s what we need on the appellate courts.”

McCool pastors Zion Primitive Baptist Church and lives with his wife Sherri in the Zion Community north of the small town of Gordo, Alabama.

“One of the verses in the Bible that I’ve always felt important to apply in life and especially in the judicial is Micah 6:8,” McCool said. “‘What doth the Lord require of thee, but to do justly, and to love mercy, and to walk humbly with thy God.’ That just means do justice, do right in every case. Be compassionate when you can, when it doesn’t violate the tenants of justice. And finally, don’t get too big for your britches.” 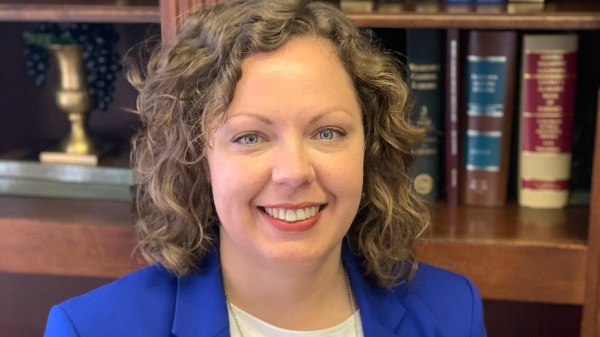 Summerford is seeking to replace Mike O’Dell, who has announced that he will not seek re-election.

Brooks says his actions surrounding election fraud claims and Jan. 6 attack were on behalf of his constituents.