On Thursday, a group of scientists announced that a fossilized human jaw bone has been discovered in a cave in Israel — a discovery that rewrites the story of man’s earliest travels out of Africa by more than 50,000 years.

It’s a fascinating find, and if you’re wondering why I’m writing about it, it’s because I’m concerned our state Legislature is trying desperately to squeeze the life out of what little science we teach now. I’m trying to get in whatever I can before it’s too late.

It must be an election year, because the Jesus bills are running wild at the State House.

Hurst’s bill would be quite a blow to the person whose fossilized jaw bone is now being examined, since it means he didn’t exist.

Greer’s bill would be a blow to anyone who’s even just heard about the existence of the U.S. Constitution.

Oh, and we’re not finished. Not by a long shot.

In addition to those two bills, there are also THREE bills pushing the use of “In God We Trust” on buildings and other state property. Because, apparently, some Christians are so forgetful that they need to be reminded, by way of building inscriptions, to trust their God.

And there are two more bills pushing the displaying of the Ten Commandments on public property and public buildings. This is already legal, but we’re waaaayyyy past letting facts get in the way of our pandering.

And there’s the granddaddy of them all: Greer’s bill that would arm and train church security officers and extend Stand Your Ground laws to include churches. (Again, these laws already exist for churches, but whatever.)

You have to at least admire the unintentional irony of multiple Ten Commandments bills at the same time as a bill making it legal to kill someone in a church.

At this point, I don’t know why I even bother with this clown show.

Currently, there are these seven bills pushing Christianity in some way and zero bills in the House committees for Ethics and Campaign Finance and Transportation, Utilities and Infrastructure.

Instead, this oh-so-Christian bunch of lawmakers has spent the majority of their time figuring out new and increasingly more heartless ways to cut into the paltry public assistance that this state provides to its poorest citizens.

There are bills mandating a work requirement for Medicaid — so start polishing up that resume, sick infant — and placing new restrictions on food stamps — so no more living the high life for families of three hauling in nearly $200 per month for food. Thursday was spent by the Alabama Senate cutting unemployment benefits.

That’s right, a few years removed from the second worst financial crash in American history — a time when unemployment skyrocketed and millions of Alabamians relied on the paltry $265 per week to string together enough money to pay their bills — our senators, led by Sen. Arthur Orr, wants to make sure that lifeline — which companies factor into their workers’ pay and fund through a tax — is available for only 14 weeks instead of 26.

I change my mind, Lynn Greer. You’re right. We should teach the Bible.

Many of your fellow Christian lawmakers obviously have no idea what it says. 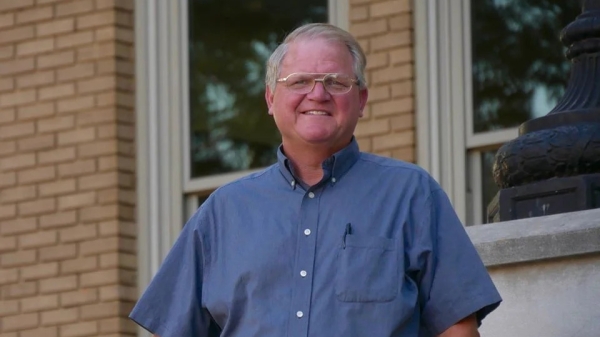